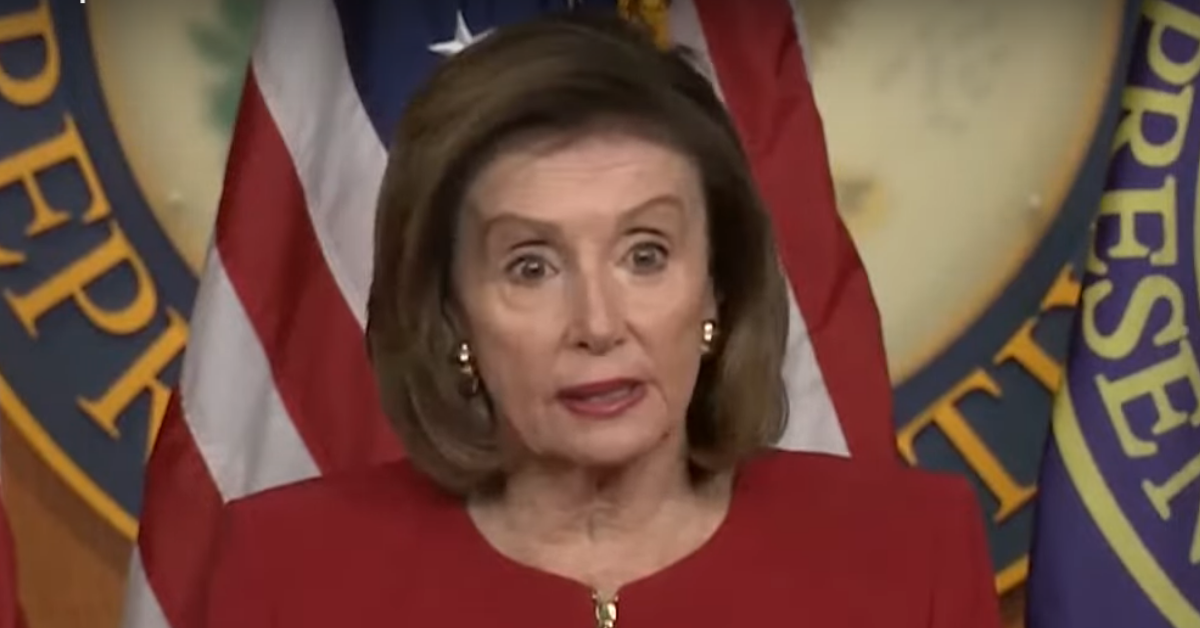 The Dems legislation to lower drug prices, the one they have been campaigning on and the one Nancy holds dear to her heart, was just defeated in a House committee after three moderate Democrats voted against the Dem party.

But it is more than just a blow to Pelosi’s ego – their drug scheme was a key way the Dems planned to pay for the $3.5 trillion spending boondoggle they are trying to ram through Congress.

With Joe Manchin saying he wants the bill paid for before he will greenlight it, if the Dems can’t resurrect this portion of the bill the whole thing may fall apart. Manchin does not like the price tag and he does not want to add to the deficit.

Pallone remained upbeat despite the loss saying the final bill will have some drug price reform in it.

“I know it is going to have drug pricing reform,” Pallone said but will it be enough to offset the concerns of Joe Manchin? Not a chance.

“Polling consistently shows immense bipartisan support for Democrats’ drug price negotiation legislation, including overwhelming majorities of Republicans and independents who are fed up with Big Pharma charging Americans so much more than they charge for the same medicines overseas,” he said in a statement after the vote.

“Delivering lower drug costs is a top priority of the American people and will remain a cornerstone of the Build Back Better Act as work continues between the House, Senate and White House on the final bill.”

“Reps. Peters, Rice, and Schrader are prioritizing drug company profits over lower drug prices for the American people, particularly for patients with chronic conditions such as diabetes and multiple sclerosis,” said Patrick Gaspard, president of the left-leaning Center for American Progress.

“To the contrary of what they contend, their opposition to the drugs proposal threatens the entirety of President Joe Biden’s Build Back Better agenda, which Democrats have campaigned on for years and that they previously voted for.”