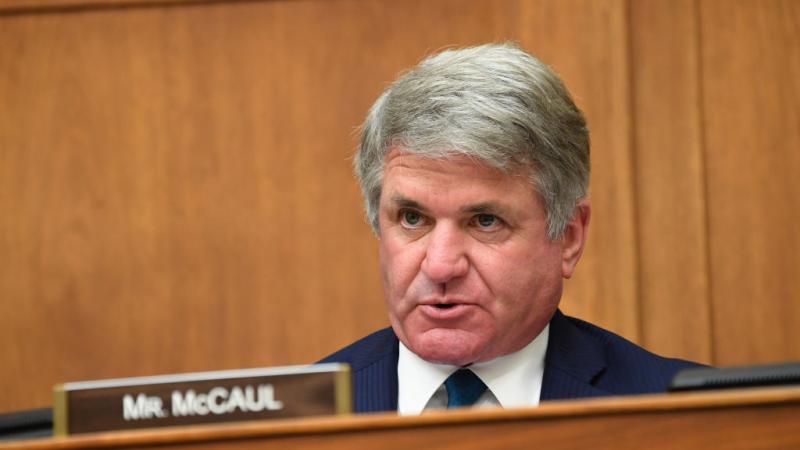 Just the News asked McCaul on Wednesday if the Taliban now has control of the Internet in Afghanistan — a claim that has started circulating on social media.

“I don’t want to get into classified space, but I’ll tell you when we shut down Bagram [air base], all of our ISR, intelligence surveillance reconnaissance capabilities, went down,” McCaul, a Texas Republican, said during a bipartisan news conference about the status of the U.S. withdraw from Afghanistan.

“When you shut an embassy down, you have no more eyes and ears on the ground, and we’re dark,” he added. “We’re not only dark in Afghanistan to see the threat from the Taliban, ISIS, Al-Qaeda, we’re dark with respect to the threat from Russia, China and Iran. This was a strategic error. I asked this morning, what is our ISR capability? When are we going to get it up, in a country nearby perhaps? I’ve been very disappointed with no plan or strategy.”

The abandoned U.S. embassy in Afghanistan reportedly cost more than $800 million to construct.

McCaul told reporters that the Foreign Relations Committee is working with Secretary of State Tony Blinken on scheduling a hearing about the Biden administration’s execution of the withdraw from Afghanistan.

Rep. Tom Malinowski, a New Jersey Democrat who serves as vice chair of the House Committee on Foreign Affairs, said U.S. citizens and Afghan allies should have been evacuated from Afghanistan much earlier to prevent the dire situation that’s unfolding on the ground right now at the Kabul airport. McCaul shared the same assessment.

“We should have had these Americans out, the interpreters out months ago. And we should have set up our ISR capability. I had a joint op-ed with Ambassador Crocker in the New York Times spelling out exactly what needs to be done and these were all the points that we made,” McCaul said. “And my Democratic colleagues agree but we are dark and when we’re dark, there’s danger, especially in a country like Afghanistan, where we know Al-Qaeda’s numbers are probably more than they were before 9/11 and they have a safe haven.”

McCaul, the former chairman of the House Homeland Security Committee, also said ISIS-K might be an enemy of the Taliban and Al-Qaeda but they have the same intent, which is to “kill the infidel, to kill Americans.”

“So I think we have to be very, very aware of that fact,” he said.

Advertisement
Related Topics:AfghanistanCongressFeaturedPolitics
Up Next