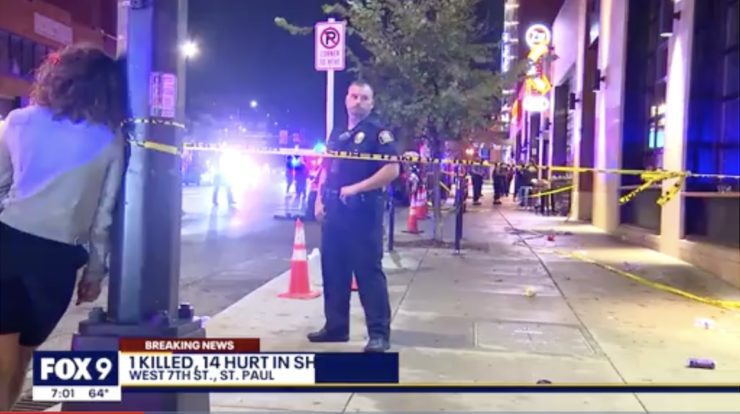 The Twin Cities of Minnesota are comprised of two far-left cities, Minneapolis and St. Paul. A large portion of Minneapolis, just across the river from St. Paul, is represented by the America-hating, police bashing, anti-Semitic, race-baiting US Rep. Ilhan Omar (D).

During a June 2020 rally, Rep. Ilhan Omar told the crowd:

“So, I know that my silence contributes to violence. I will never cosign on funding a police department that continues to brutalize us, and I will never stop saying not only do we need to disinvest police but we need to completely dismantle the Minneapolis Police Department because here’s the thing, there’s a cancer. Everybody knows what cancer is? So, when somebody gets a cancer and that cancer starts to spread throughout their body and you know the root of that cancer is the leg, people say to the family of that person, ‘We have to amputate this leg in order for that cancer not to spread and kill that person.’”

“They don’t say, ‘We’re going to continue to give medication and we’re gonna continue to try different things and we’re gonna continue to slowly die,’” she continued. “We’re going to do everything that we can to cut the source of that cancer so that you can have the ability to live. So today we are saying we don’t want your damn reforms, we don’t want the slow dying of our communities to continue. What we want you to do is to cut the cancer so that it does not continue to spread throughout our bodies. The Minneapolis Police Department is rotten to the root, and so when we dismantle it, we get rid of that cancer, and we allow for something beautiful to rise, and that reimagining allows us to figure out what public safety looks like for us.”

A March 2021 poll by USA Today and Ipsos found that fewer than 1 in 5 Americans actually support defunding the police. Yet, Omar herself supports “dismantling” the Minneapolis Police Department, calling them “rotten” in the summer of 2020.

A Center of the American Experiment poll conducted this summer found that 69% of Minnesotans trust law enforcement, and 79% of Minneapolis and St. Paul residents are concerned about the level of crime.

MPR News – In August 2020, the Minneapolis City Council, comprised of a group of far-left radicals that includes the son of Minnesota’s Communist AG Keith Elison, moved $1.1 million from the police to the health department to fund “violence interrupters” who would mediate conflicts and head off further trouble.

Last night, a mass shooting took place both inside and outside of a crowded Minnesota bar. At least 15 people were shot. In addition, a young woman who was shot in the bar has died. The local police reported that were “bullet holes all over.”

According to the New York Post – Officers found a “hellish situation” when they arrived at the Seventh Street Truck Park bar in St. Paul about 12:15 a.m., cops said in a statement.

“In an instant, they found themselves caught in a hellish situation,” St. Paul Police Chief Todd Axtell said.

Gunshot victims were found inside the bar, on the sidewalk, and in the street, according to the Pioneer Press. The woman, who hasn’t been publicly identified, was pronounced dead at the scene. Police said she was in her 20s.

“I think about the young woman who died,” police spokesman Steve Linders told the outlet. “One minute she’s having a good time, the next minute she’s lying in her friends’ arms who are trying to save her life, and she didn’t make it. I can’t think of anything worse.”

“The suspects are currently in the hospital being treated for injuries,” Axtel tweeted.

Advertisement
Related Topics:CrimeFeaturedPoliticsVideoVideos
Up Next 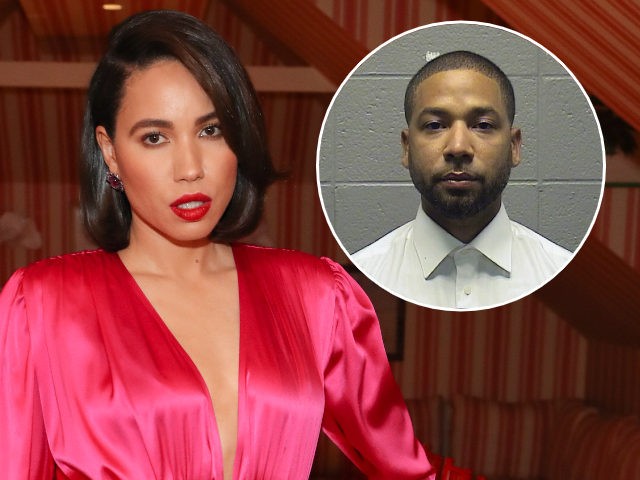