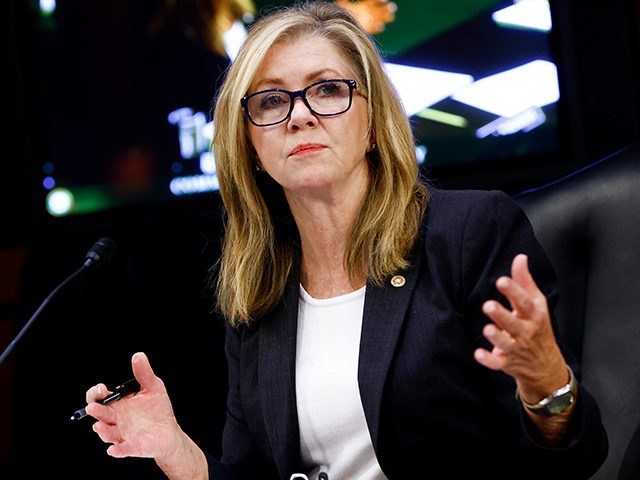 Marsha Blackburn: Biden Has Done More for the Taliban and China than American Families

Sen. Marsha Blackburn (R-TN), one of the several Republican lawmakers who signed a letter to President Biden demanding answers on the botched withdrawal from Afghanistan, said the president has done more for the Taliban and China than American families during his presidency.

“Joe Biden has done more for the Taliban and the Chinese Communist Party than he has for American families,” Blackburn observed in a Wednesday social media post, adding that Biden’s “weak leadership” has “created a crisis in Afghanistan and a crisis at the southern border”:

Joe Biden has done more for the Taliban and the Chinese Communist Party than he has for American families.

Joe Biden’s weak leadership has created a crisis in Afghanistan and a crisis at the southern border.

Blackburn, a prominent critic of Biden, particularly following his administration’s disastrous withdrawal from Afghanistan where they abided by the Taliban-approved August 31 deadline, is among several GOP lawmakers who signed a letter demanding the Biden administration provide answers about the botched withdrawal from Afghanistan and the humanitarian crisis created, including information on the number of Americans left behind and the vetting process used for evacuees being brought into the United States.

“We write regarding the humanitarian crisis created by your withdrawal of the United States from Afghanistan, and the safety and well-being of our fellow countrymen and allies who you left behind,” the September 2 letter addressed to Biden read.

“The signatories of this letter may have differing opinions about whether the United States should have maintained a military presence in Afghanistan, but we all agree that the arbitrary and poorly-planned method by which you withdrew from Afghanistan caused this crisis,” they wrote, identifying their “immediate priority” as the safety of American citizens, permanent residents, and allies left behind by Biden’s administration in Afghanistan.

“We are also concerned by reports that ineligible individuals, including Afghans with ties to terrorist organizations or serious, violent criminals, were evacuated alongside innocent refugee families,” they continued, requesting answers to a series of questions no later than Tuesday, September 7, at 5 p.m.

The lawmakers requested unclassified answers that can be made available to the public, as Americans “need to see that the United States will not abandon them to terrorists abroad forever.”