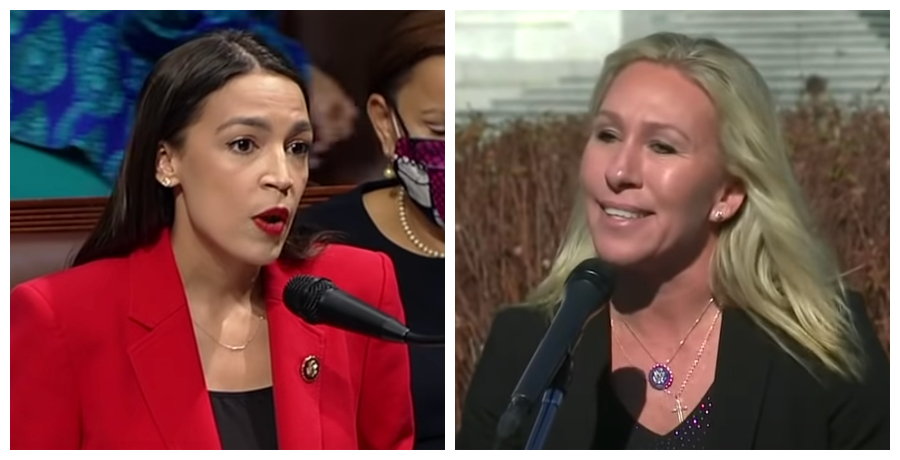 CNN, MSNBC, WaPo, and the New York Times traffic in fake news and wild conspiracy theories about ‘Russian collusion’ but Democrats in Washington, D.C., still watch and read them anyway.

In any event, Greene is attempting to put her free time to good use by doing something those lefty media outlets don’t do a good job of, which is informing the American people about relevant, important issues of the day.

As such, she has challenged fellow Rep. Alexandria Ocasio-Cortez, self-described New York democratic socialist, to debate the ‘merits’ and pitfalls of the AOC’s Green New Deal, which is entirely appropriate given that Democrats and the Biden regime are attempting to implement huge chunks of it while disguising the various planks as “infrastructure.”

“@AOC I’d like to challenge you to a debate on the Green New Deal economic policy. Since you sponsored the Green New Deal and have a degree in Economics, I’m sure you are more than qualified,” Taylor-Greene wrote on Twitter in a short thread on Wednesday.

“I just have a degree in Business Admin and have owned a construction company for 20 years. A debate between AOC and I on the Green New Deal economic policy would be informative for the American People. They deserve to hear the two sides with pro’s and cons,” she continued.

“@AOC you can choose one moderator and I choose a moderator. Then we can negotiate a major news network to host the debate. Let’s do this for The People. What do you say?” Taylor-Greene asked.

As of this writing, Taylor-Greene had not been taken up on her offer, but it’s early.

As for whether or not this would even be a productive debate, the answer is: Yes. Yes, it would be.

For one, it’s a debate that would draw a lot of attention even from a media that is laser-focused on Kamala Harris puff pieces about her wonderful crocheting abilities instead of why she isn’t doing what Biden tasked her with doing — handling the border crisis.

For another, it’s a debate that needs to be had. The plan put forth by AOC calls for multiple tens of trillions of dollars to be spent over a relatively short period of time. Many elements of the plan will dramatically impact the lives of all Americans, and in many negative ways (in terms of living our lives, expense, freedoms, etc.).

Finally, the debate would highlight the wide gulf between legitimate big government, authoritarian socialism/Marxism and legitimate smaller government, liberty-minded capitalism, and in real time. Taylor-Greene as a business owner can provide real-life, real-world examples of how economic policies do and do not work, while AOC can use the time to pontificate about perceived ‘social injustices’ of how a white privileged female lawmaker from Georgia got to own her own business in the first place.

No doubt it was “on the backs of persons of color.” 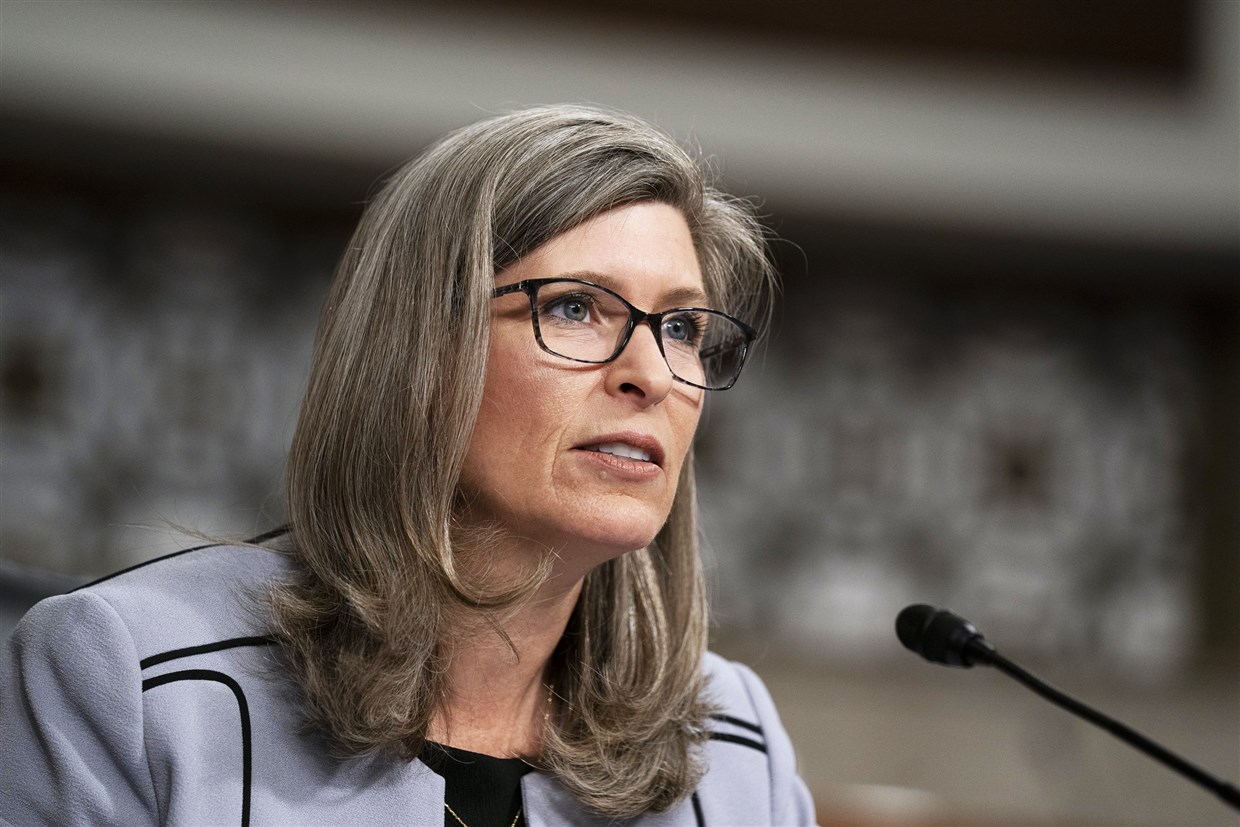 “I feel it’s OK to go ahead and express what you feel is right to express,” she said Monday, according to The Hill newspaper. “Cancel culture is cancel culture no matter how you look at it. Unfortunately, I think there are those that are trying to silence others in the party.”

Ernst spoke two days before House Republicans are almost certain to vote in favor of removing Cheney, of Wyoming, as GOP Conference chairwoman, amid her ongoing, public disagreement with former President Trump over his claims about widespread 2020 election fraud.

House Republicans have essentially argued Cheney is not expressing the position of leadership and the conference and that the feud has become a distraction.

Ernst said she has been a Trump supporter and doesn’t agree with Cheney. However, she argues the GOP should be more focused on winning upcoming elections and regaining control of Congress, rather than going after one of its own.

“What we can do is come together and try to win seats in 2022,” she said. “I think that’s what all of us should be focused on.”

House Minority Leader Kevin McCarthy sent a letter to his caucus Monday telling members to expect to vote Wednesday on whether to keep Cheney in the No. 3 House leadership post. He has also backed New York GOP Rep. Elise Stefanik as her replacement.

Cheney after voting to impeach Trump after the Jan. 6 Capitol riot survived a House vote to remove her from leadership.

Lawmakers to FBI head: ‘We write to request information about the FBI’s illegal spying activities’ 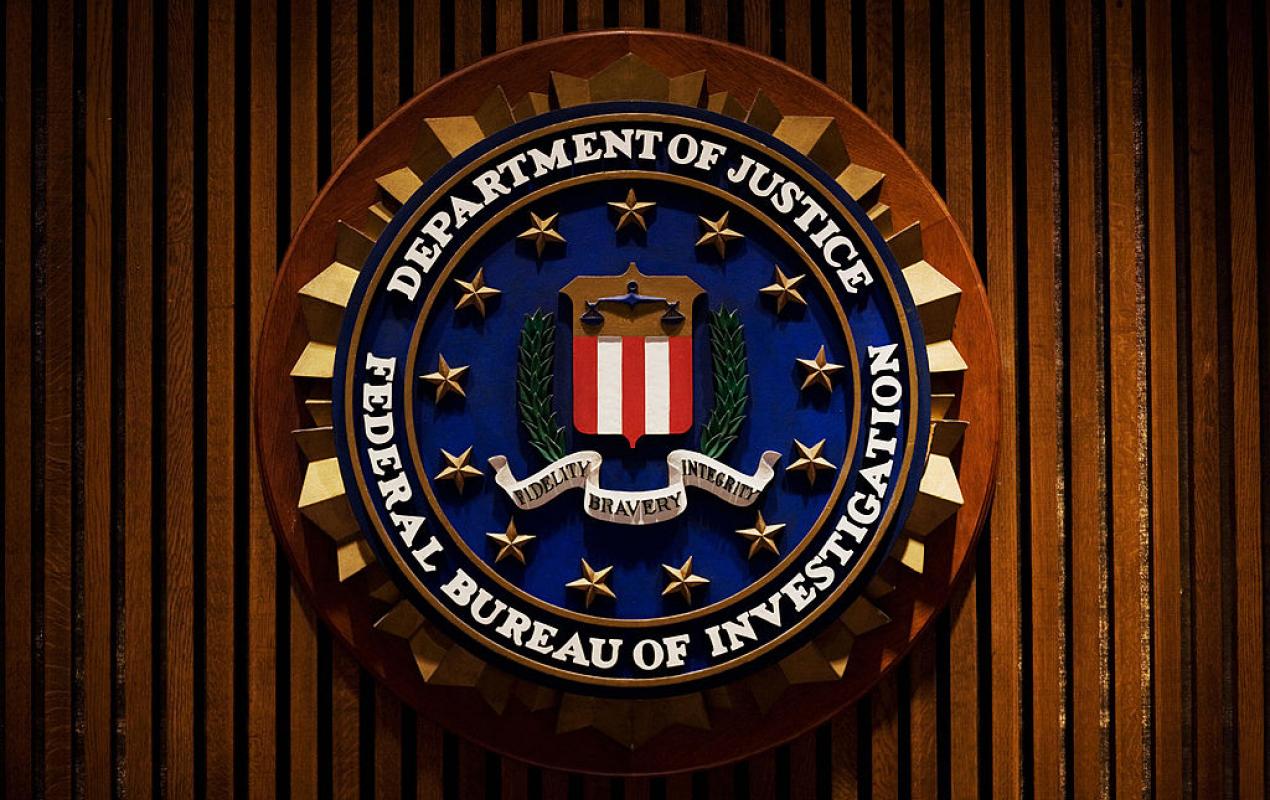 “According to a recently released opinion from the Foreign Intelligence Surveillance Court (FISC), the Federal Bureau of Investigation (FBI) has been seriously and systemically abusing its warrantless electronic surveillance authority,” the lawmakers said in the letter. “We write to request information about the FBI’s illegal spying activities.”

The congressmen pressed Wray to “explain why almost a year after the OIG’s report about FISA abuses, the FISC found the FBI to still be abusing its warrantless surveillance authority under section 702” and to supply “a detailed accounting of every instance since December 2019 in which the FBI has queried, accessed, otherwise used information obtained pursuant to section 702 for purposes unrelated to national security.”

They also asked the FBI director to detail what moves he has made “in the wake of the FISC’s November 2020 memorandum opinion and order to prevent the FBI from using its section 702 authorities to surveil, investigate, or otherwise examine U.S. citizens.” 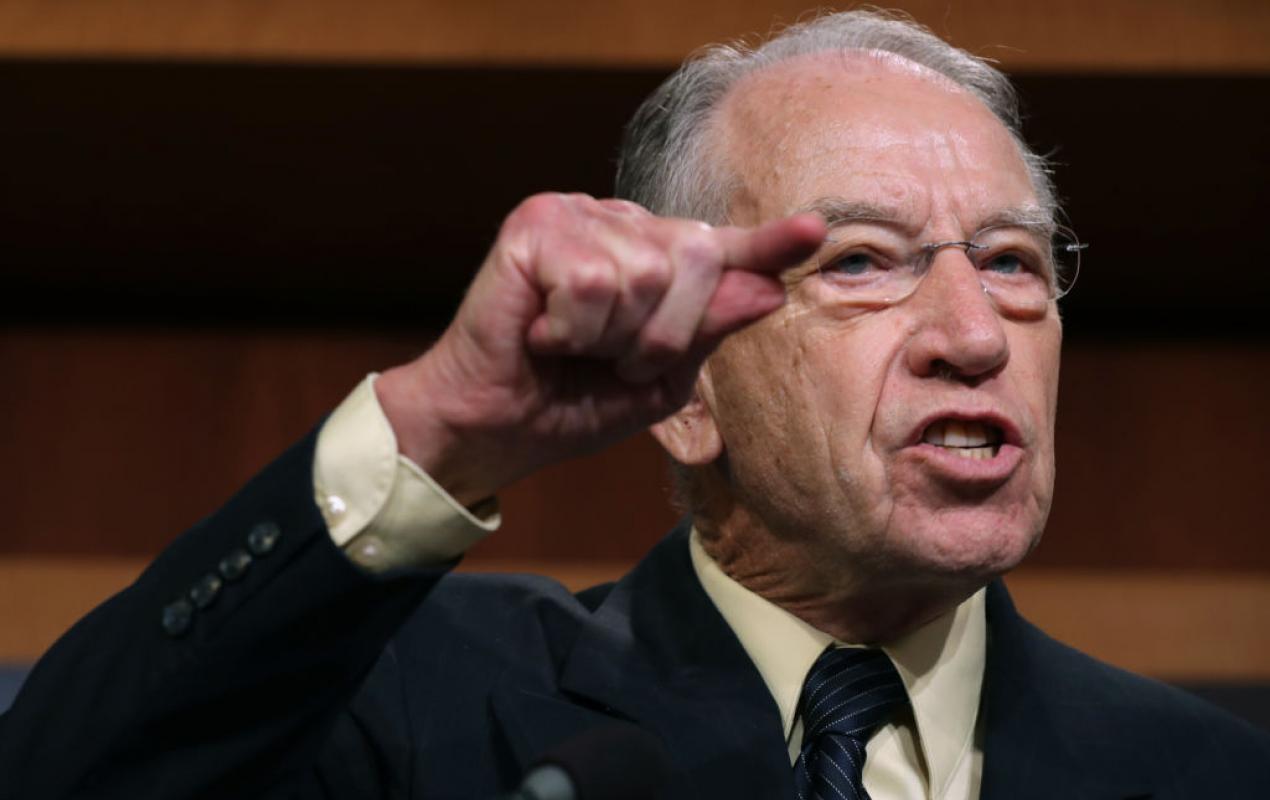 Iowa GOP Sen. Chuck Grassley is asking the State Department to release additional information detailing the personal finances of President Biden’s special envoy for climate, John Kerry, and any potential conflicts of interest he has between his official duties and private investments.

Grassley sent a letter to Secretary of State Antony Blinken on Monday asking his department to specify what Kerry is barred from working on due to potential conflicts of interest.

The request follows Axios reporting Friday that Kerry disclosed millions of dollars in income  from finance and energy firms.

In Grassley’s letter, the senator said it is “unclear exactly what matters Mr. Kerry has been barred from working on and whether he has received any waivers for specific matters that he would otherwise be recused from.”

Grassley, the top Republican on the Senate Judiciary Committee, is asking the department to hand over all emails, memorabilia and documents about all potential conflicts of interest. Grassley gave the department a deadline of May 17 to get him documents.

Among the finances Kerry disclosed were a $5 million salary from Bank of America after his stint in the Obama administration; $382,000 in speaking fees from Deutsche Bank, Waste Management and Cornell University; and $125,000 in consulting fees from The Rise Fund, an investment firm dedicated to renewable and sustainable energy.