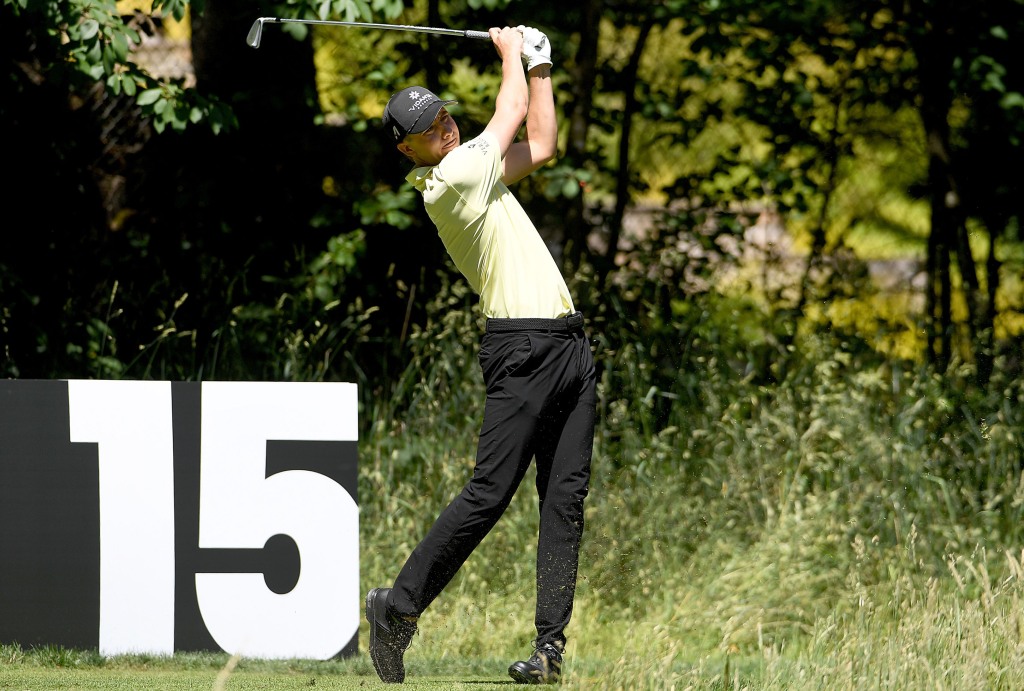 LIV Golf tees off in Oregon amid criticism of Saudi funding


NORTH PLAINS, Ore. — The Saudi Arabia-backed LIV Golf tour’s second event teed off Thursday, angering a group of families who lost loved ones on Sept. 11 and want the Saudi government held to account for the terrorist attacks.

“This event is nothing more than a group of very talented athletes who appear to have turned their backs on the crime of murder,” said survivor Tim Frolich, who was injured in the collapse of the World Trade Center towers.

The LIV Golf series, funded by Saudi Arabia’s sovereign wealth fund, was making its first stop on American soil this week after a debut this month outside of London.

Carlos Ortiz took the lead Thursday with a 5-under 67. Dustin Johnson, the 2020 Masters winner, was a shot back. Pat Perez, Brenden Grace and Hideto Tadihara were two shots off the lead.

The upstart series, fronted by CEO Greg Norman, aims to challenge the PGA Tour and has lured players with big signing bonuses and rich prize purses. But critics call the tour an attempt at “sportswashing” to detract from Saudi Arabia’s human rights abuses, including the murder of U.S.-based journalist Jamal Khashoggi in 2018.

Locally, opponents point to the 2016 hit-and-run death of 15-year-old Fallon Smart. The Saudi national accused in the case cut off a monitoring device shortly before his trial and vanished. U.S. officials believe he was spirited home by the Saudi government.

And then there’s the Sept. 11 families, who have reached out to some of the individual golfers involved in the tour but have not been granted an audience. The group produced an ad that has run on local television.

“These golfers that are getting in bed with the Saudis, they should know what they’re doing. Shame on them. And to the golfers that say it’s just a game of golf: Shame on them,” said Brett Eagleson, the head of the group 9/11 Justice, who lost his father at the World Trade Center. “I invite them to live with the pain in our eyes, hear our stories and walk in our shoes, hear what we have to say about the kingdom of Saudi Arabia.”

At Pumpkin Ridge there was a noticeable police and security presence, including officers at the front gate. There were rumors of a designated protest area in one of the parking lots, but no one was sure where it was. Tickets to the event warned fans could not display political signs.

Phil Mickelson, a six-time major winner and a top draw on the tour, had one of the bigger galleries on opening day. He was playing in a group with Charl Schwartzel, who lost his ball on his first drive of the day. Fans along the fairway said they believed it landed in a tree.

“In this area there aren’t many chances to see these guys in person,” spectator Will Knowles said. “I’m staying out of the politics.”

Because the event was played on two courses, it was difficult to get a handle on crowd sizes and LIV Golf did not disclose attendance figures.

For golfers, part of LIV Golf’s allure is the money. In addition to sizable signing bonuses, the 48-man field is competing for a $20 million purse, with an additional $5 million prize fund for a team competition. Schwartzel won the London event (and team portion) and made $4.75 million.

There’s no cut and even the last-place finisher earns a payday of $120,000. Organizers promise exciting events they say will attract new fans: With a shotgun start and Rhianna blaring out of a massive sound system near the putting green, the 54-hole tournament indeed had a different vibe.

In addition to Mickelson, who shot a 75, fellow majors winners Johnson, Brooks Koepka (70) and Bryson DeChambeau (72) have also joined LIV — which rhymes with “give” — and plays on the Roman numerals for 54.

The PGA Tour responded to LIV Golf’s challenge by suspending every active member who competed in the first LIV event. Those who play in Oregon will also be suspended unless they resign their tour memberships.