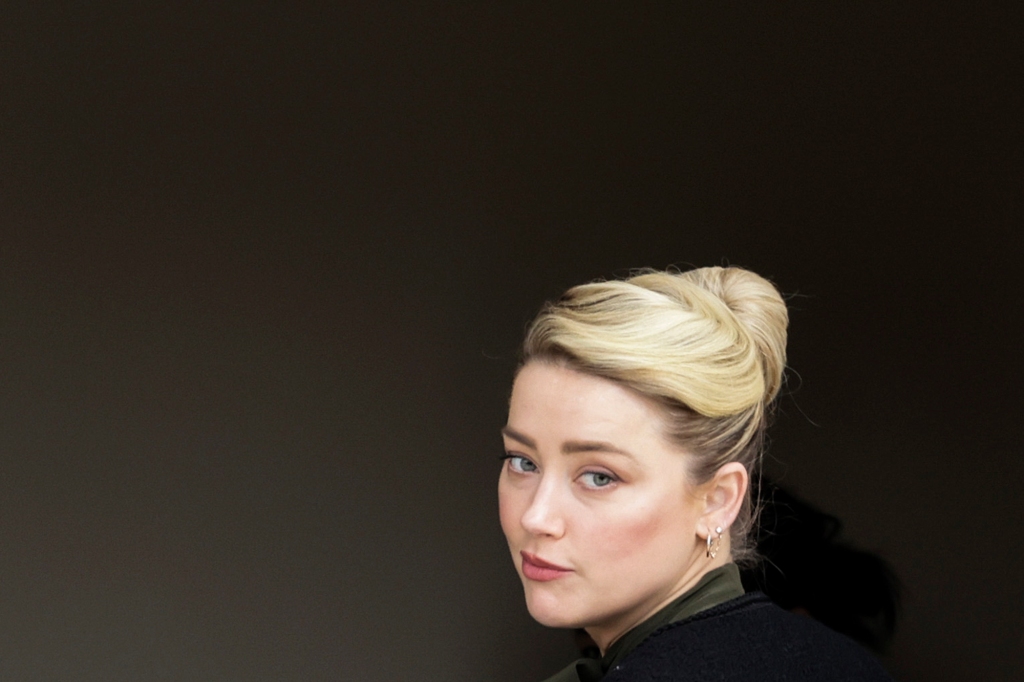 
The jury in the Johnny Depp and Amber Heard’s bombshell defamation trial will resume deliberations Tuesday morning after a three-day break for the Memorial Day weekend.

The seven-person panel — which spent just two hours deliberating on Friday — is set to reconvene in the Fairfax, Virginia, courthouse at around 9 a.m. to continue weighing the evidence they heard over the last six weeks.

Depp, 58, is suing his ex-wife for $50 million in defamation over her 2018 Washington Post essay in which she wrote about facing “our culture’s wrath” as a “public figure representing domestic abuse.”

The “Pirates of the Caribbean” star says that even though the piece did not name him, it sullied his reputation and cost him eight figures in potential earnings.

Heard, 36, fired back with a $100 million countersuit, claiming that Depp’s lawyer Adam Waldman destroyed her career and made her life hell by telling the press in 2020 that she had fabricated her domestic abuse allegations.

Jurors must decide who defamed whom, and could rule in favor of one of the two, neither, or even both.

Two days earlier in court, Depp’s lawyer told the jury that the actor was the real victim of domestic abuse in his former relationship with Heard.

“There is an abuser in this courtroom, but it is not Mr. Depp,” Camille Vasquez said in her closing statement. “Miss Heard is in fact the abuser and Mr. Depp is the abused.”

Heard made up the abuse allegations because she’s a “deeply troubled person” desperate for attention, Vasquez alleged.

She asked the jurors to “give Mr. Depp his life back by telling the world that Mr. Depp is not the abuser Miss Heard said he is and hold Miss Heard accountable for her lies.”

After Depp’s team finished, Heard’s lawyer Ben Rottenborn told the jury that “If Amber was abused by Mr. Depp even one time, then she wins.

He argued that Depp’s true self had been revealed in court through the vulgar texts he sent about his wife, in which he fantasized about her “rotting corpse.”

“Ladies and gentlemen, these words are a window into the heart and mind of America’s favorite pirate,” the lawyer said.

It’s unclear how long the jury will deliberate and if and how much they will award to the respective parties.

Their decision will mark a close to Depp and Heard’s doomed relationship, which the public has been following for more than a decade.

The couple met in 2009 while filming the big-screen adaptation of Hunter S. Thompson’s “The Rum Diary,” in which Depp plays a journalist who takes a job in Puerto Rico and falls in love with Heard’s character.

They were both seeing people at the time, but reunited in 2012 when single and began to date.

Depp proposed to Heard in 2014 and they were married in an early 2015 ceremony on Depp’s private island in The Bahamas.

Heard filed for divorce and asked the court for a temporary restraining order against Depp in May 2016.

“Our relationship was intensely passionate and at times volatile, but always bound by love,” the pair said in a joint statement released following the divorce. “Neither party has lied nor made false accusations for financial gain. There was never any intent of physical or emotional harm.”

But their relationship did not end there. Heard has alleged she was sexually, physically and emotionally abused by Depp.

Depp previously sued British publication The Sun for libel for calling him a “wife-beater” in an article.

He lost his court battle in the UK — where it’s thought to be easier to win a libel case than in the US — and his current fight in Virginia was widely seen as his last chance to remake his legacy and recover from the abuse allegations.

Depp, who has always denied the allegations, told the court upon taking the stand that he sued Heard to “clear my name.”

Heard, meanwhile, said the suit has haunted her and she wants to leave this all in the past.

“This is horrible. This is painful. And this is humiliating for any human being to go through,” she said in her final plea to the jury last week.

“In the harassment and humiliation, the campaign against me that’s echoed every single day on social media. And now in front of cameras in this room. Every single day I have to relive the trauma,” she cried.