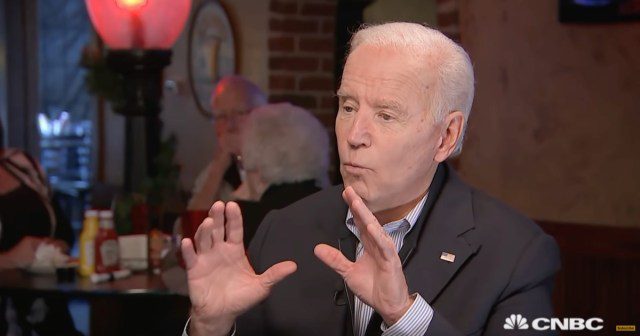 Biden has had one of the worst starts for any president with the resurgence of COVID, the deadly debacle at Kabul’s Airport, and a stagnating economy.

But things just got worse for Joe Biden as now the American people are starting to turn on him when he goes out in public before his naps.

And Biden is furious after he kept getting heckled by Americans on live television.

We all knew the crap show we were going to get with Joe Biden as president.

But none of us could have expected it to be this bad.

After claiming defeat of the coronavirus, it has come surging back.

Then, millions of Americans watched in horror a couple weeks ago as thousands of Afghans and Americans scrambled to Kabul’s airport that became one of the worst foreign policy disasters in American history.

Thanks to Biden’s lack of leadership, 13 brave American service members died along with hundreds of Afghans.

And now the economy is showing serious signs of struggling as Biden puts more Americans on the government dole instead of working.

For example, the August jobs report is far worse than anyone could have expected with only 235,000 jobs created rather than the anticipated 720,000.

And when you thought things couldn’t get any worse for Biden, now Americans are heckling him in the streets.

Biden thought it would be a good idea to survey the damage caused by Hurricane Ida in both New Jersey and Louisiana.

Well unbeknownst to him, the citizens outside of the Washington, D.C. beltway can’t stand their president.

While in New Jersey looking over damage, he was heckled live on air by homeowners for leaving Americans behind in Afghanistan.

And then when he was in Louisiana, linemen gave him some major, and deserved, disrespect when they turned their backs on Biden’s motorcade.

But Biden still had the gall to claim that no one heckled him and everyone has been excited to see him.

The sad thing is no one is sure if Biden is lying or if his dementia has gotten so bad that he really believes everyone was happy to see him.

This can’t get much worse for Biden or for our nation.