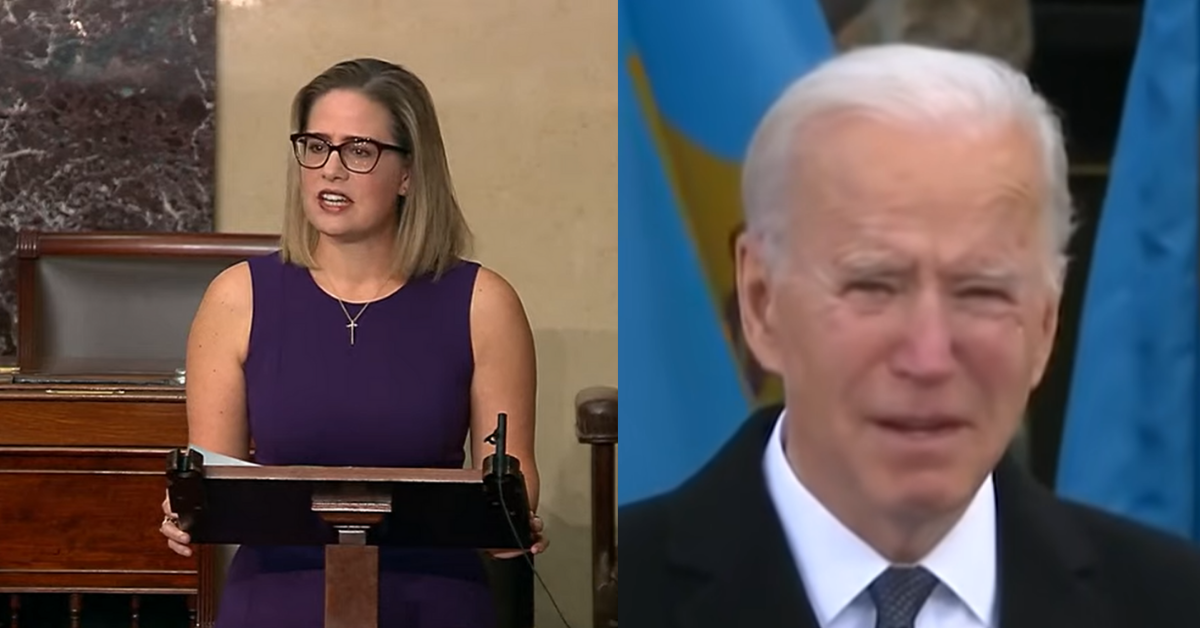 President Joe Biden is not sick of losing as continues to stumble his way through his first term losing battle after battle. Remember, he is losing these battles to other Democrats who have been covering for his incompetence to a large degree.

That all goes away after the midterms when Biden will finally face real opposition. With subpoena power and plenty of debacles to investigate, it does not look good for Joe. So faced with a rock bottom 33% approval rating you would think Biden and his team would try to focus on winning to get up their numbers.

Instead, team Biden sent Joe to Atlanta to give a do or die speech on a new voting bill that he did not have the votes for. Biden went to Atlanta, gave his weak fire and brimstone stuff about the end of Democracy and Jefferson Davis and in that way painted himself into a terrible corner.

He either wins and the Senate Dems change the rules on the filibuster or the Senate won’t and Biden suffers a huge and very public loss.

Worse, the nonsense Biden said yesterday raised the stakes for his loss more than he needed to – he knew he would lose the vote so the smart thing would be to tone down the rhetoric.

But Biden’s team of incompetent Twitter celebrities didn’t do that leaving Biden twisting in the wind until reality crashed the party.

When Dem Sen. Kyrsten Sinema said no to changing the filibuster it guaranteed Joe Biden suffered another humiliating public failure.

Biden should fire his entire staff or if he is the problem he needs to resign for the good of the country because team Biden clearly has no clue what they are doing.

“Eliminating the 60-vote threshold will simply guarantee that we lose a critical tool that we need to safeguard our democracy from threats in the years to come,” Sinema said.

“Congress was designed to bring together Americans of diverse views representing different interests and as a collective to find compromise and common ground to serve our country as a whole,” Sinema added sealing Biden’s fate.

The left was not happy with Sinema. From Fox News:

Liberal pundits and columnists didn’t hide their disdain for the Democratic lawmaker. Washington Post columnist Jennifer Rubin, who has become known for her pivot to boosting Democrats after once holding conservative views, called Sinema’s decision “worse than incoherent or cowardice.”

“Sinema is effectively asking the authors of Jim Crow and vote-rigging to give their permission for her to stop it. This is worse than incoherent or cowardice,” Rubin tweeted.

“It’s a moral disgrace. Ask the segregationists for permission to vote for Civil Rights Act?”

Former MSNBC host Keith Olbermann, who once walked away from a high-paying ESPN job in order to be free to mock then-President Trump, not only took credit for Sinema’s rise but also called for her to resign.

“I say this as her former friend and the person who first gave her national television exposure on @msnbc: @SenatorSinema needs to resign or be removed from office immediately.

Rather than decreasing ‘division’ in this country her action guarantees it,” h tweeted. “For whatever reason, @SenatorSinema has become a menace to the continuation of American democracy.”