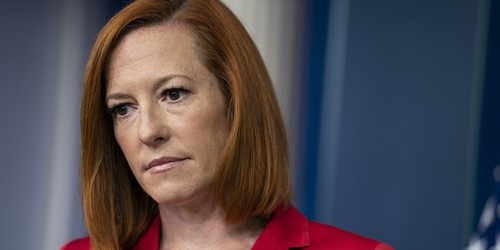 A leaked phone call between President Joe Biden and former Afghan President Ashraf Ghani, first published by Reuters Wednesday, shows Biden pushing a false narrative about the strength of the Taliban. Worse, he asked Ghani to lie for him.

The men spoke for roughly 14 minutes on July 23. On August 15, Ghani fled the presidential palace, and the Taliban entered Kabul. Since then, tens of thousands of desperate Afghans have fled and 13 U.S. troops and scores of Afghan civilians were killed in a suicide bombing at the Kabul airport during the frenetic U.S. military evacuation.

In the call, Biden offered aid if Ghani could publicly project he had a plan to control the spiraling situation in Afghanistan. “We will continue to provide close air support, if we know what the plan is,” Biden said. Days before the call, the U.S. carried out air strikes to support Afghan security forces, a move the Taliban said was in violation of the Doha peace agreement.

In much of the call, Biden focused on what he called the Afghan government’s “perception” problem. “I need not tell you the perception around the world and in parts of Afghanistan, I believe, is that things are not going well in terms of the fight against the Taliban,” Biden said. “And there is a need, whether it is true or not, there is a need to project a different picture.”

“We are facing a full-scale invasion, composed of Taliban, full Pakistani planning and logistical support, and at least 10-15,000 international terrorists, predominantly Pakistanis thrown into this,” Ghani said.

White House Press Secretary Jen Psaki was asked about the call during the daily briefing and said she wasn’t going to comment on a private conversation.

REPORTER: “Was the president in any way pushing a false narrative in that call?”

PSAKI: “I am not going to go into the details of a private conversation…” pic.twitter.com/4lJPX6QXT6 — Townhall.com (@townhallcom)

But when President Trump was impeached in late 2019 for a phone call with Ukrainian President Volodymyr Zelensky, during which he brought up Joe and Hunter Biden’s very real corruption in the country, Psaki had a different opinion.

That’s when conservatives made a keen observation.

Wow, the President of the United States had a call with a foreign leader where POTUS asked the leader to lie on his behalf, and promised military assistance if he did as he was told. Do I have that right? — Ben Domenech (@bdomenech)

Joe Biden asked the President of Afghanistan to LIE!

In the transcript, Biden told Ghani to say that the fight against the Taliban was going well “whether it is true or not.”

I mean they literally impeached the last guy because of the details of a private conversation https://t.co/I85WfpvM1h — Greg Price (@greg_price11)