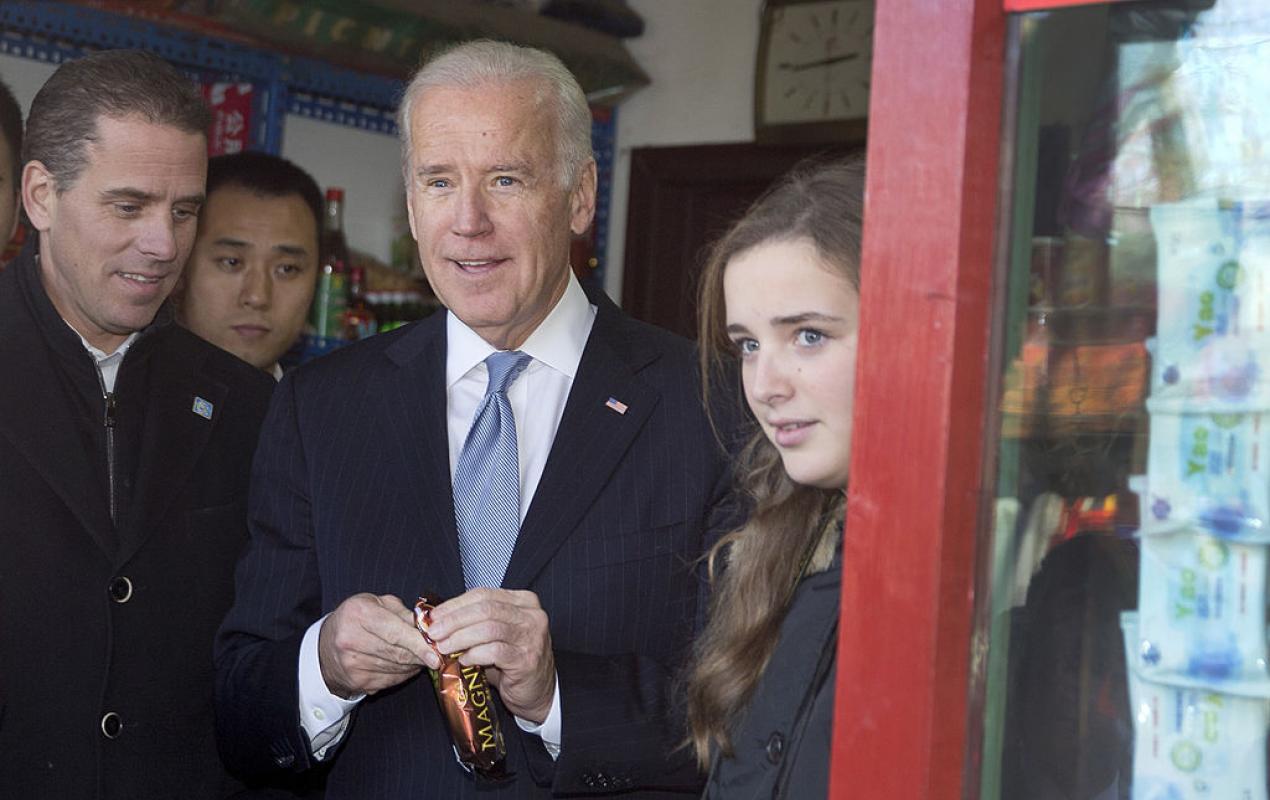 Hunter Biden’s efforts to score big money in China while his father was vice president were far-reaching, including proposals to build a SeaWorld theme park in the communist country and to get Beijing to invest in an NBA arena in America, emails and memos obtained by Just the News show.

The deals also involved a Chinese state-owned bank, former Obama ambassador to China Gary Locke and one of then-Vice President Joe Biden’s closest aides, his former body man Francis “Fran” Person, the memos show.On July 17, 2015, for instance, Hunter Biden emailed his business partners Jim Bulger and Devon Archer asking them to reach out to Person about a “very real China deal he is working on.” In a separate email to Archer, Hunter Biden vouched for Person as “my Dad’s body guy for 8 years.” Person had left the vice president’s staff about a year earlier, and would later run unsuccessfully for Congress.

The deal was a joint-venture to build SeaWorld amusement parks in China with land acquisitions, construction, and development financed by the Chinese Communist Party’s state-owned development bank. The China Development Bank is run by CCP officials and has been described as the “engine” that powers Beijing’s economic development policies.

Person, a cofounder of a China-focused investment group called Harves, replied the same day to Hunter Biden’s introductory email (on which he’d be copied). Teasing Harves’ SeaWorld pitch, Person bragged of Harves’ high-level connections in China and informed Biden and his colleagues that that he had just “finished a meeting with former Ambassador to China, Gary Locke, who is on the board of Harves Investment Group.” Person described the Harves Investment Group as a U.S.-based “extension” of the “tier 1 real estate development company” Harves Corporation in China.

“We have all the pieces in place in China to move on this,” Person wrote the younger Biden.

Archer responded to the pitch, offering up Rosemont’s connections to the private equity division of the Blackstone financial behemoth. At the time, Blackstone was one of SeaWorld’s largest investors, and Rosemont Capital (founded by Archer and former Secretary of State John Kerry’s stepson Christopher Heinz) also appeared to be a stakeholder.

A few days later, Person sent Hunter Biden and his associates additional details and fact sheets about the SeaWorld pitch. Person stated, “Harves Investment Group wants to structure our relationship with Rosemont as a strategic partner to broker this potential joint venture….it’s important to Harves that everyone involved gets their fair share of compensation and equity for contributions.”

On July 21, 2015 — just three days after the SeaWorld overture — Person forwarded another pitch for a separate deal involving Chinese backers. This proposal came from a Harves’ director, Locke, who had stepped down from his role as Obama’s ambassador to China the previous year (and served as Obama’s Commerce secretary before that). Instead of developing properties in China, this project proposed to revamp a multipurpose sports arena in Seattle. Locke had served two terms as governor of Washington (1997-2005)

This Seattle arena project was even more ambitious than Harves’ SeaWorld proposal. According to Person, the Harves team hoped to not only build a new arena but also to develop the land around the arena, acquire a National Hockey League expansion team, and bring a National Basketball Association team back to Seattle.

Person mentioned meeting with a potential investor the following day while in Los Angeles for a fundraiser headlined by Hunter Biden’s father, then-Vice President Joe Biden. Person concluded his message by asking if Hunter Biden and his associates knew any investors who might be interested in the Seattle sports arena project, dangling the prospect of what “could be a gold opportunity for investment in sports.”

For the SeaWorld project, the Biden team delivered their Blackstone contact Emily Ho. That same day, Person emailed Ho about the SeaWorld project. He emphasized that Harves Century Group (based in Shenyang, China) is a “top tier” real estate development company with backing from the state-owned China Development Bank and that Harves has “a savvy team with experience in China including Former Secretary of Commerce and Ambassador to China Gary Locke.”

Harves’ and CDB’s offer was attractive. According to Person, the Chinese consortium would “provide 100% of the capital as well as perform the construction for the entire project” and “fully fund” the development “including the Park(s) and surrounding area.” What Harves wanted from SeaWorld was “their brand, park design, as well as management and technical support.”

Emily Ho quickly responded that “we’ve conveyed the information directly to SeaWorld to explore,” and since SeaWorld was a public company in which Blackstone held a sizable stake, Blackstone would “directly manage [Harves’] interest.”

Harves’ SeaWorld deal was never fully realized, but in March 2017 Blackstone sold its stake in SeaWorld to a Chinese conglomerate called Zhonghong Zhuoye. The dream of building SeaWorld parks in China was kept alive until 2019, when Zhonghong’s affiliate defaulted on its debts and was forced to sell its stake in SeaWorld.

The Harves’ sports arena deal in Seattle met a similar fate. The arena investor and developer that Person had pitched to Hunter Biden et al failed to deliver on the contract and racked up a debt with the city (though the debt was repaid later). By December 2016, the deal was pronounced dead, and the property was sold.

Before the China-backed deals that Person pitched to Hunter Biden fell apart, Person sought to help Joe Biden’s potential political endeavors and sought help from Hunter Biden with his own ambitions for higher office.

In October 2015, Person linked Hunter Biden up with another Harves’ executive named Rick Wade. Wade had served as a campaign official for Barack Obama in 2008 working on voter outreach in South Carolina as well as directing Obama’s national African-American outreach strategy. “Rick could help put together that core of African American leaders if your dad decides to run,” Person wrote to Hunter on Oct. 4.

Hunter’s email correspondence with Person dropped off for a few months as the deals they were working on failed to materialize, but in February 2016 Person launched a campaign for Congress in South Carolina. Hunter Biden became a major behind-the-scenes fundraiser, imploring his partners and associates to donate the maximum to Person’s campaign.

Hunter Biden’s contacts delivered for Person (whom Hunter described as Joe Biden’s “third son” in his solicitations), and within a month of launching his campaign, Person had raised nearly $200,000. The Hill reported that the Biden connection “appears to be paying off.”

Just the News reached out to Locke, Person, and Hunter Biden’s attorney for comment. Locke was the only person to respond as of this writing.

“I have never pitched, nor have I been involved in or aware of any pitches to, Hunter Biden on any business deals or transactions by any group,” Locke said.

Advertisement
In this article:Featured, Hunter Biden