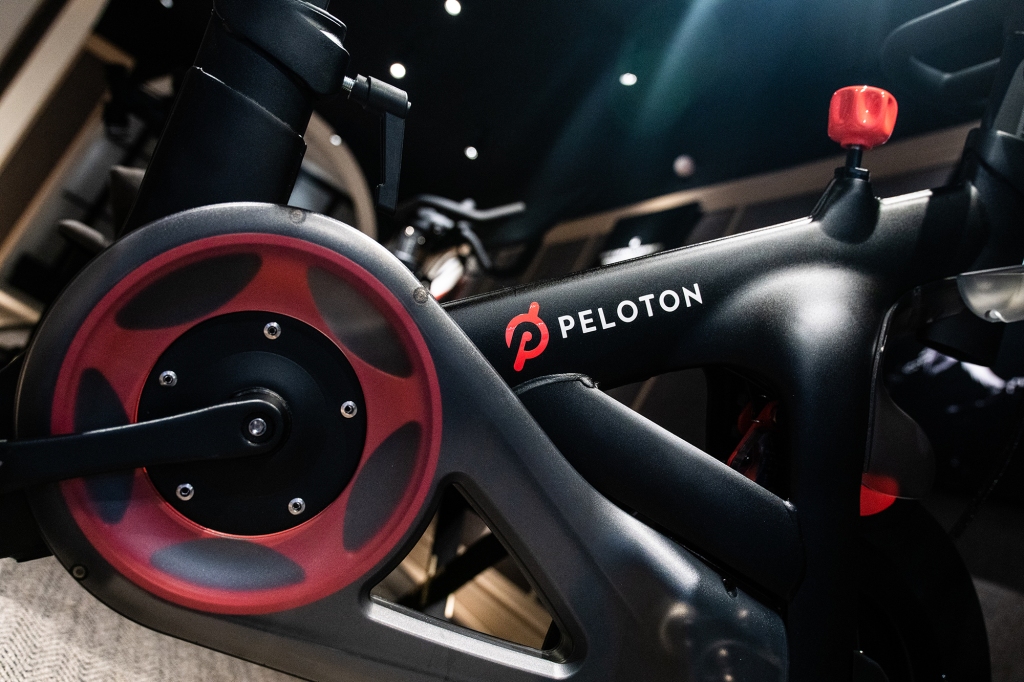 
And just like that … taxpayers are on the hook for congressional staffers’ Peloton memberships.

Starting Wednesday, an estimated 10,000 House of Representatives aides and 2,300 Capitol Police officers will receive Peloton All-Access and Peloton app memberships at no cost to them, according to FOX Business.

A source familiar with the matter told the outlet that the contract with the fitness company — best known for their seemingly omnipresent exercise bikes that featured in a notorious episode of the “Sex and the City” sequel — includes a $10,000 upfront payment as well as a recurring charge of $10 per month for each staffer that takes advantage of the plan, potentially costing taxpayers up to $120,000 a month.

An email from the House Office of the Chief Administrative Office (CAO) obtained by the outlet outlined what it called the “premier employee benefit.”

Under the plan, users will “have access to thousands of live and on-demand classes, across multiple disciplines, that are available for streaming across multiple devices and require no purchase of Peloton equipment.”

Politico first reported the updated benefits on Thursday. Peloton confirmed the plan to FOX Business, saying “the US House of Representatives is extending Peloton Corporate Wellness to all House staff and Capitol police.”

It is not uncommon for companies or businesses to provide employees with various wellness benefits, such as access to staff gyms or discounted work-out classes.

Members of Congress have long had access to a gym – which as of 2011 cost House members $20 per month and Senators $40 per month, according to ABC News. The money went toward a fund for equipment replacement and purchase. It is not clear whether House staff or Capitol Police officers were given access to those facilities.

The Office of the CAO did not immediately respond to The Post’s inquiry about the benefit.

Currently, a Peloton All-Access Membership costs $39 per month, while an app membership only costs $12.99 per month.

However, starting in June the company will be raising its all-access membership price to $44 per month in the US. Canadian users will also see a hike from $49 to $55 per month.

In recent days, the fitness company has seen a drastic plunge in its share price after chief executive Barry McCarthy admitted to investors this week that Peloton is “thinly capitalized” for the size of their business.


Naomi Campbell will always have Kate Moss’ back.

The model took to her Instagram Stories on Wednesday to praise her pal for taking the witness stand on behalf of Johnny Depp and his ongoing legal battle with ex-wife Amber Heard.

Campbell’s words were accompanied by a screengrab of an article recapping Moss’ statements in court, in which the model denied Heard’s claim that Depp pushed her down a flight of stairs during their ’90s romance.

As previously reported, Moss was called as a rebuttal witness for Depp, 58, in his $50 million defamation lawsuit against Heard, 36. The trial is now in its sixth and final week in Fairfax County Circuit Court in Virginia.

“He never pushed me, kicked me, or threw me down any stairs,” Moss said over video from Gloucester, England.

Moss told jurors that she fell down a flight of stairs and injured herself during a rainy night in Jamaica at the GoldenEye Resort.

“Johnny had left the room before I did, and there had been a rainstorm. And as I left the room, I slid down the stairs and hurt my back,” she testified.

“I screamed because I didn’t know what happened to me and I was in pain. And [Depp] came running back to help me and carried me to my room and got me medical attention.”

Depp’s attorney Ben Chew then asked Moss, “Did Mr. Depp push you in any way down the stairs?”

Though Moss once described her breakup with Depp as a “nightmare,” she has remained resolutely supportive of the “Pirates of the Caribbean” star.

“There’s nobody that’s ever really been able to take care of me,” Moss told Vanity Fair in 2012. “Johnny did for a bit.”

Sources confirmed to Page Six that Emanuel — the hard-charging inspiration for Jeremy Piven’s Ari Gold character on the HBO hit “Entourage” — will tie the knot with designer Sarah Staudinger in a star-studded ceremony in St. Tropez, France.

Conveniently, the nuptials will coincide with the end of the nearby Cannes Film Festival.

Insiders told Page Six that guests are already headed to the wedding location for the upcoming festivities.

On the family side, his brothers are former mayor of Chicago Rahm Emanuel and bioethicist Ezekiel Emanuel.

Page Six exclusively revealed last May that Emanuel and Staudinger got engaged. They started dating in 2018, after he and his first wife, Sarah Addington, filed for divorce after 20 years of marriage. They reportedly separated in 2014, and have three kids together.

Emanuel, 61, and Staudinger, 33, broke up in 2020, then reconciled around the start of 2021. He popped the question after his company, Endeavor, debuted on the stock market, a source told us at the time.

The Brentwood, Calif., home he shared with Addington went on the market last year for $25.9 million, while he bought a 2-acre Beverly Hills estate for $27.5 million in October 2020.

The Wrap was first to report on the Emanuel wedding.

Greenhouse gases emitted by human activities trapped much more heat in 2021 than they did three decades ago, according to scientists.

The National Oceanic and Atmospheric Administration released an update to its Annual Greenhouse Gas Index on Monday. The index is used to provide a measurement of the amount of heating greenhouse gases are causing.

In 2021, the index reached a value of 1.49, which is 49% more than 1 value that is assigned to 1990 – the year of the Kyoto Protocol, one of the earliest binding climate change agreements signed by 192 countries. The value of 0 is assigned to the beginning of the industrial revolution in 1750.

According to scientists, carbon dioxide is the most abundant of the green greenhouse gases and grew by 2.6 parts per million last year. The level has risen by 61 ppm since 1990, and accounts for 80% of the increased heat shown in the AGGI.

“CO2 is the main player because it stays in the atmosphere and oceans for thousands of years and it is by far the largest contributor to global warming,” said Pieter Tans, senior scientist at NOAA’s Global Monitoring Laboratory.

Methane, or CH4, is another greenhouse gas that drives climate change, but scientists are still trying to understand what is causing its increase.

Scientists said CH4 levels grew by 16.9 parts per billion in 2021 – the fastest observed increase since the early 1980s.

The nature of its increase is important to understand because it warms the earth 30 to 90 times more than an equivalent amount of carbon dioxide. However, it stays in the atmosphere a much shorter amount of time than CO2 – decades compared to millennia.

According to scientists, the increased methane may be coming less from fossil fuels and more from wetlands, agriculture and landfills.

“We should absolutely target man-made methane emissions — especially those from fossil fuel —  because it is technologically feasible to control them,” said Xin Lan, a scientist from the Cooperative Institute for Research in Environmental Sciences. “If wetlands are giving off more methane because of warming and changes in global precipitation caused by rising CO2 levels, that’s something we can’t control directly, and that would be very concerning.”

Other gases being monitored

There are a total of 19 greenhouse gases that are monitored by scientists. While carbon dioxide and methane make up the bulk of these gases in the atmosphere, another one called nitrous oxide, or N2O, comes in third.

According to scientists, N2O levels are primarily the result of the use of fertilizer for agriculture.

“We can find alternative energy sources to replace fossil fuels, but cutting emissions associated with producing food is a very difficult task,” said Stephen Montzka, the GML scientist who leads the AGGI report each year.

The remaining 16 greenhouse gases make up about 4% of heat that has been trapped since 1750, according to scientists.