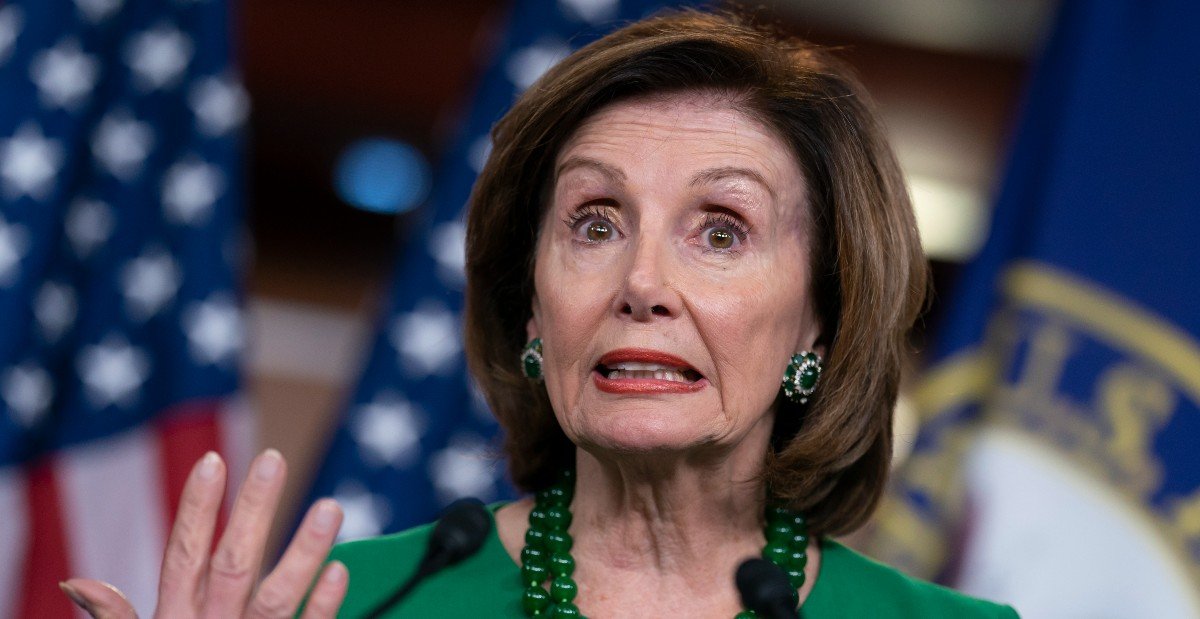 Democrats in the House of Representatives passed a legislative budget this week that, among other things, allows for members of Congress to hire some illegal immigrants to work on Capitol Hill as congressional staffers.

The measure provides $18.2 million in funding for paid internships on Capitol Hill and allows so-called Dreamers, or DACA recipients, to work in the Legislative Branch.

The legislative funding bill “includes language to permit DACA recipients, Dreamers, to be able to work for Congress and other legislative branch agencies,” said Rep. Tim Ryan (D-OH) on the House floor on Wednesday, according to Fox News.

Ryan announced the passage of the measure and said it would allow more DACA recipients to work for Congress.

The bill passed by a margin of 215-207 with votes going along party lines. It has yet to be voted on by the Senate.

“In a year full of trauma and hurt, with the apex being the Insurrection on January 6th, there is no question that the House of Representatives must make the changes necessary to continue serving the American people,” Ryan said in a statement. “This legislation makes strides to modernize the House of Representatives and ensures we have the resources necessary to efficiently and effectively serve our constituents.”

“I am proud that this legislation includes a $134 million increase for Members to hire and retain the staff needed to serve our constituents. I am also pleased that we are helping ensure our workforce reflects the diversity of our nation, including by increasing funding for paid internships and allowing DACA recipients to work in the halls of Congress,” Ryan added.

“I am pleased that my legislation increases transparency, diversity, and leadership training for the United States Capitol Police and provides additional funding for the Office of Diversity and Inclusion, Office of Workplace Rights, and the Wounded Warrior Program,” Ryan concluded.

Known as “Dreamers,” there are an estimated 800,000 children who were brought to the United States illegally who are legally protected from deportation under an Obama-era program called the Deferred Action for Childhood Arrivals (DACA).

The passage of the bill prompted progressive Rep. Alexandria Ocasio-Cortez (D-NY) to praise the move, which was a 21% increase in the budget House offices use to pay staffers, as an “important step towards retaining staff, increasing Hill diversity [and] growing the practice of paid internships.”

LAST NIGHT, CONGRESS PASSED THE 21% INCREASE WE ASKED FOR BACK IN JUNE. THIS IS AN IMPORTANT STEP TOWARDS RETAINING STAFF, INCREASING HILL DIVERSITY & GROWING THE PRACTICE OF PAID INTERNSHIPS. HTTPS://T.CO/HQTOQONTRK

Earlier this month, a federal judge dealt a blow to the DACA program when he ordered the suspension of granting work permits to new applications, as Conservative Brief reported.

However, the order would not take protections away from those who currently benefit from the program.

“Hundreds of thousands of individual DACA recipients, along with their employers, states, and loved ones, have come to rely on the DACA program,” Judge Andrew Hanen said.

“Given those interests, it is not equitable for a government program that has engendered such a significant reliance to terminate suddenly. This consideration, along with the government’s assertion that it is ready and willing to try to remedy the legal defects of the DACA program indicates that equity will not be served by a complete and immediate cessation of DACA,” Hanen added.

Over the past week, President Biden and other Democrats have renewed their calls for a pathway to citizenship to be included in the impending budget package that Democrats plan to push forward and pass with or without bipartisan support from the Republicans.

As Reuters reported, Biden said on Sunday that he remained firm in his desire to make that happen but said it “remains to be seen” if it would actually make it into the $3.5 trillion budget measure.

It’s unclear if the Senate will allow such a provision to be included in the package.