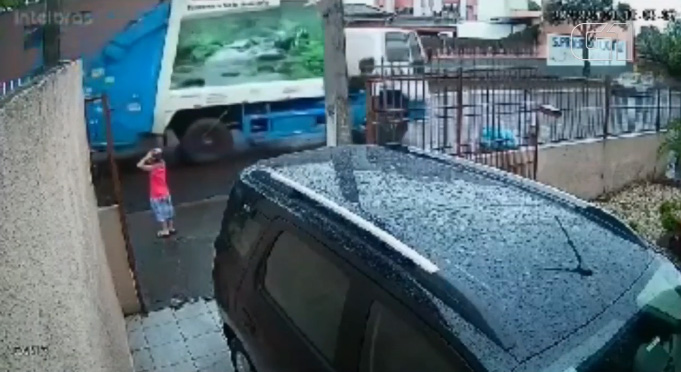 On August 28, in Rolândia, Brazil August 28, God saw fit to protect a little boy from death as he had a ram in the bush, so to speak, to save this young kid’s life.

According to local news, a grandfather had gone to open his place of business and accidentally left the gate opened. The boy, Lucas, had gone outside after his grandfather.

If you skip to the 3:39 mark, you’ll see the quick-thinking worker pull the child from immediate death.

Honor killings are all the rage in the Islamic Republic of Iran.

It should come as no surprise that Iranian police investigating a Muslim man who paraded down the street with the severed head of his teenage wife and mother of their 3-yr-old child, in one hand, and the bloody knife he used to sever it in the other, would say her murder was simply related to “family differences.”

The now-viral video reveals a smiling Iranian male carrying a knife in one hand and the severed head of his 17-year-old wife/cousin. The beheaded teenage woman was forced to marry the proud murderer when she was only 12-years-old.

NYP reports – The gruesome footage shows Sajjad Heydari strolling through a neighborhood in Ahvaz, a city in the southwestern province of Khuzestan, on Saturday with Mona Heydari’s head in one hand and a blade in the other, East2West News reported.

She reportedly suffered domestic abuse but was pressured to stay put for the sake of their 3-year-old son, even though she had expressed her wish to divorce the brute.

The news outlet reported that the teen finally escaped to Turkey but returned after finding it tough to live alone in another country.

A few days later, Sajjad and his brother allegedly tied her hands and chopped off her head. Her body was dumped before her husband paraded through the streets with her head.

The religion of peace…

On Sunday, pro-abortion activist Jex Blackmore horrified viewers by taking an abortion pill on live TV and killing her baby.

Blackmore was participating in an interview on Fox 2 News Detroit’s ‘Let it Rip’ segment, hosted by Charlie Langton, in which she was joined by Rebecca Kiessling, a pro-life advocate and lawyer.

Kiessling is an international pro-life speaker and campaigner. She was conceived in rape and has made it her mission to use her story to show others the importance of choosing life, despite the circumstances.

Kiessling is also the founder of Save The 1, an organization that serves to educate the public on why all pre-born children should be protected by law regardless of the situation.

The segment was meant to be a debate between Kiessling and Blackmore, in which they would discuss the FDA’s recent decision to allow abortion pills to be prescribed in a telehealth appointment and received by mail.

Langton asked Blackmore about the safety of the abortion pills, to which Blackmore responded, “It is extremely easy and private and allows you to really self-manage your abortion.”

“Charlie, I just really – I wanna share with you really quickly, like, this here is mifepristone,” Blackmore continued, holding up a small white pill. “This is the first of two pills you would take to end a pregnancy, and it would induce an abortion – this very pill.”

As she held up the pill to the camera, you can see the satanic tattoos covering her hand.

Blackmore continued, with her voice noticeably shaking, saying, “I wanna show you how easy it is and safe it is by taking it myself.” She then put the pill in her mouth and swallowed with a glass of water, while a visibly surprised Langton said, “You’re taking it – are you… you’re not pregnant, are you?”

“I would say this is going to end a pregnancy,” replied Blackmore with a smile on her face. “This will be my third abortion.”

While Blackmore bragged about killing her third unborn child, Kiessling was shown on the screen, appearing shocked and disgusted by what had just occurred.

Rebecca Kiessling talked to 100 Percent Fed Up about her Fox 2 experience. Here’s what she had to say about the gut-wrenching exchange:

“Jex Blackmore isn’t even her real name. She considers herself to be a “satanic artist,” so who knows what’s real with her and what’s not? She clearly did it for shock value, sending press releases and immediately posting on social media bragging that she allegedly took the pill on TV.

I should have been told in advance that she was the founder of The Satanic Temple of Detroit and that she was kicked out for being too extreme when she was filmed for a documentary saying they’re going to execute the President. Who would want to be on air with someone who posts the kinds of disturbing things she does and has a satanic following?

It’s certainly ironic that she said on air that it’s “extremely easy and private” then negates that statement by doing so publicly. And it’s a lie that any abortion is easy. You can clearly hear her voice tremble just as she began to explain what she’s about to do.

Taking the 1st pill may appear to be easy, but like many women, some of my dearest friends regretted taking the first pill. They were told by doctors they had to take the 2nd, and the aftermath of the 2nd pill is absolutely horrific. The woman becomes her own abortionist, having to endure painful contractions and having to decide how to dispose of her now-dead baby.

This is why I spoke about the abortion pill reversal.  I know many women who have their babies because they did the hormonal regimen to reverse the effects of the 1st pill.

With abortion, a preborn baby does not just magically vanish into thin air by merely swallowing a pill, as some may think. Jex’s actions are extremely deceiving and make me think of someone pushing a button for a drone strike – it would appear easy enough, but in reality, most people understand the carnage which will ensue and should be outraged at the tragic loss of life and the callousness with which it was done. Just because we don’t witness the outcome as the button is pushed or the pill swallowed, doesn’t mean we should feign ignorance to the reality that innocent human life is being taken.”

As Kiessling points out in her statement, Blackmore is the founder of Detroit’s chapter of The Satanic Temple. However, in the interview, she is only labeled as a “reproductive healthcare advocate”, and host Charlie Langton only refers to her as a “pro-choice activist”.

Blackmore has taken to Instagram to continuously brag about taking her abortion pill on live TV, saying things like “I like the sound of ‘3rd abortion for satanist Jex Blackmore’”, and posting videos to make fun of Kiessling’s negative reaction to the interview.

You can watch the full interview clip below: 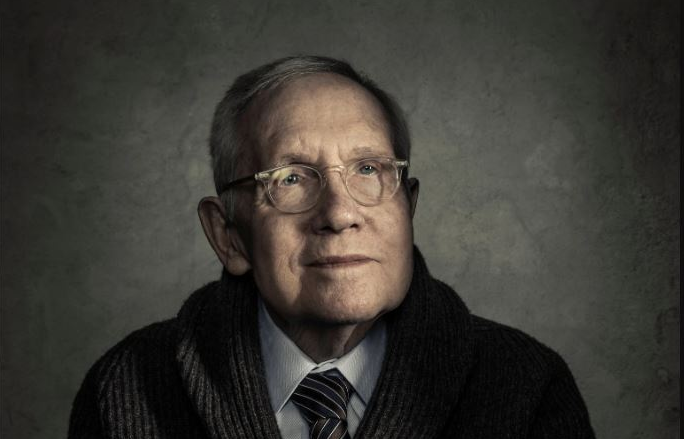 Harry Reid passed away this evening at the age of 82.