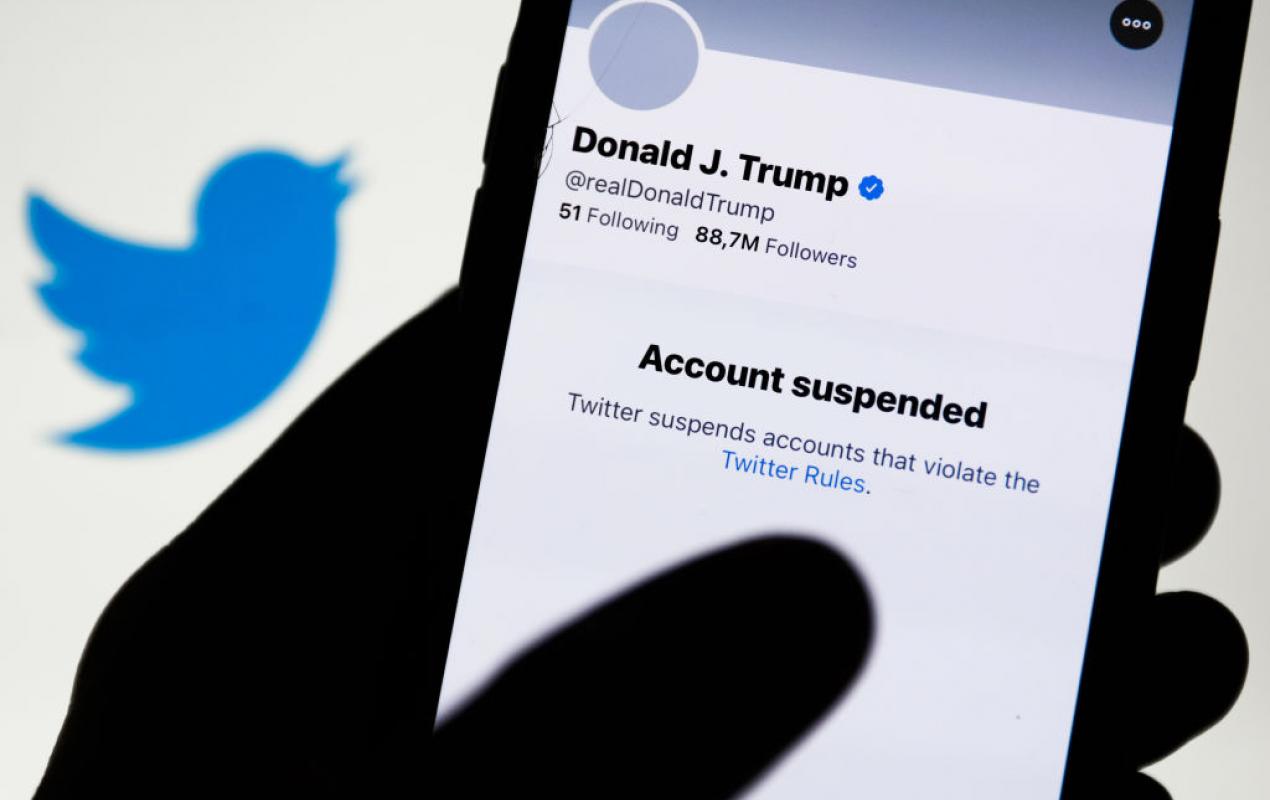 As a review board ponders Donald Trump’s future access to Facebook, the former president launched “From the Desk of Donald J. Trump,” a new platform via which he can reach his followers directly, bypassing the social media sites that heavily restricted and, ultimately, excluded his voice from their networks.

How does the most famous tweeter in the world feel about his current relationship with social media? According to some of his closest advisers, he’s thrilled with the reach of his daily media releases and looking forward to increased communication with his supporters, regardless of Wednesday’s expected decision by a Facebook oversight board about whether to restore his access to the platform.

“His press releases have been getting an extraordinary amount of news coverage and attention,” said Stephen Miller, former senior adviser to Trump.

Since leaving office, Trump has taken to sending out brief email releases through his Save America PAC. One to two, sometimes three or four, emails a day are standard, each offering a quick glimpse into what the 45th president is thinking about. This week, commentary has revolved primarily around the intraparty split between his own grassroots MAGA wing of the GOP, and a Washington wing represented by Wyoming Rep. Liz Cheney and Utah Sen. Mitt Romney.

“From the Desk of Donald J. Trump” is accessible through the former president’s website and appears to be, for now, a consolidated distribution hub for the former president to post his daily releases. The page allows his followers to share Trump posts to their own Twitter and Facebook pages and, according to Fox News, appears to be supported by Campaign Nucleus, the digital software firm created by former Trump campaign manager Brad Parscale.

Following the Jan. 6 Capitol breach, the then-president was swiftly banned from Facebook, Twitter, Instagram, YouTube, and Snapchat. Wednesday morning, Facebook’s quasi-independent oversight board — which launched last year and began hearing cases in October — will rule on whether to allow Trump to rejoin the social media platform, in addition to Instagram, which is owned by Facebook. The board is comprised of 20 members, including a former prime minister of Denmark, as well as journalists, academics, and experts in the field of human rights.

The rollout of Trump’s personal platform may be his way of signaling that whatever the board decides, he’s moved on. After promising to create his own platform, it is unclear that Trump wants to return to parts of the internet where he knows he is not welcome, and may have to self-censor as a condition of his continued presence.

“What Big Tech has done to censor free speech and to censor our president is unconscionable,” Miller told David Brody during a Tuesday on “The Water Cooler.” However, says Miller, Trump’s “gift for being able to put these extraordinarily intricate ideas into accessible formats, has proven to be a tremendous way of getting the message out.”

Currently, “From the Desk of” is a one-way communication page. But sources close to the former president say that, in the future, a platform may include some sort of pay-per-view video network, as well as more traditional social media functions that allow followers to interact with posts.

Trump communications adviser Jason Miller says that additional information about the news social media platform is on its way. In the meantime, they say, Trump is happy with his daily releases, believing them to be more elegant than his tweets ever were.