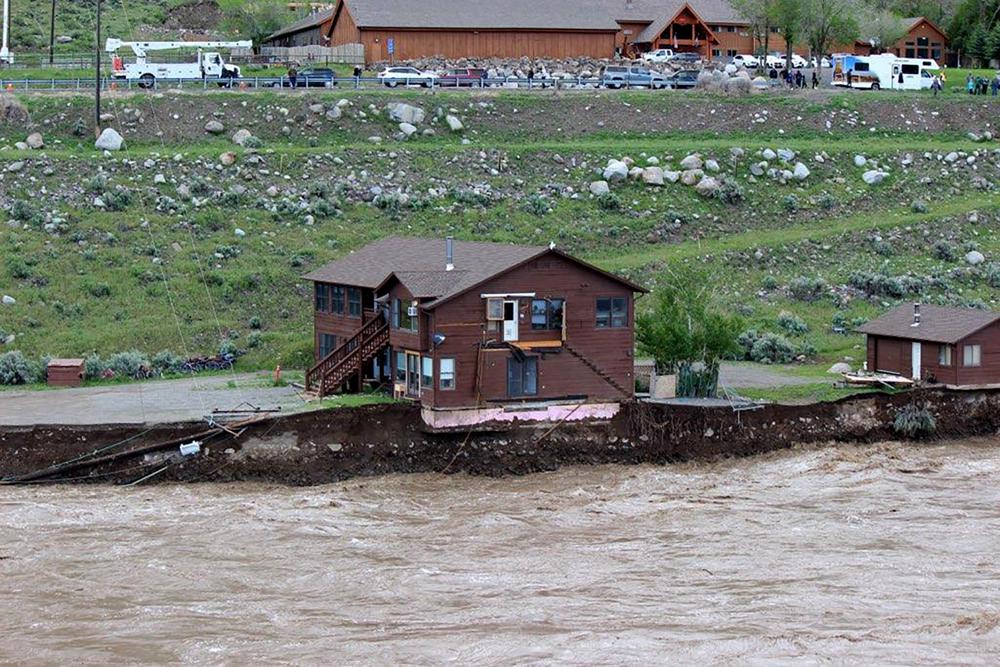 Flooding in Yellowstone could leave the park closed for months

National Park Service rangers closed off all entrances to the park Monday due to “heavy flooding, rockslides (and) extremely hazardous conditions.”

Officials consider damage to the northern part of the park to be major and large sections of the Yellowstone could be closed until well after the busy tourism season.

More than 10,000 people were thought to be in the park when the historic flooding took place, but fortunately, there were no reported injuries.

The combination of several inches of rain and snowpack melt caused rivers running near the park to reach historic flood stage levels, including the Yellowstone, Boulder and Stillwater rivers.

NPS officials warned that surveys will have to be conducted to infrastructure including hundreds of bridges before any part of the park reopens.

Yellowstone staff will likely institute a reservation system for when the southern part of the park reopens to keep facilities from being overrun.

Local officials admit the historic weather event could be challenging on local business that are devoted to tourism.

During a busy summer day, officials say the park can see more than 20,000 visitors.

The NWS in Billings said Tuesday that it expects to cancel many flood warnings throughout the day. However, the Yellowstone River at Billings and Clarks Fork at Edgar continue to rise.

People who live in areas surrounding the park have been directly impacted as flooding has isolated communities and homes.

Cooke City and Silver Gate were isolated and surrounded by water after the road between Gardiner and Mammoth washed out in several places, according to the Park County Sheriff’s Office.

Drinking water may be compromised in areas affected by the flooding. Officials warn water from wells that had been submerged in flood water may not be safe to drink. A Do Not Drink order was issued for Gardiner after a water main broke due to flooding.

Montana Yellowstone tour guide Angela Tempo is in Gardiner, where access in or out is cut off by the flooding.

“That night, it started rising extremely fast,” she said. “At 5 in the morning, … it’s when we realized we were in big trouble here.”

Tempo said the two roads to access Gardiner are either flooded or washed out, stranding year-round residents, seasonal employees and travelers.

“Unfortunately, the only way out is the river,” Tempo said. “And it’s too high and too dangerous to run.”

The Yellowstone River runs along Highway 89 in areas where businesses frequented by park visitors would typically be packed in the busy summer months.

The Park County sheriff in Montana issued a shelter-in-place order Monday south of mile marker 52.5 on U.S. Highway 89 South after extensive flooding washed out bridges and roads and crossed Highway 89.

Montana National Guard helicopters rescued 12 people near Roscoe and Cooke City. The Guard continues to help with search and rescue near East Rosebound Lake on Tuesday.

On Tuesday, Livingston city officials thanked volunteers and first responders for working through the night to keep people safe.

“After taking part in the Incident Command meeting with the county early this morning, we will continue to assess damage and will update on this page of any volunteer efforts or immediate needs/concerns as the morning goes on,” the city of Livingston posted on Facebook.

On Monday, rescue operations were underway in Nye, Montana, including 68 people who became stranded at the Woodbine Campground, Montana. The campers were transported by raft to safety, according to the NWS.