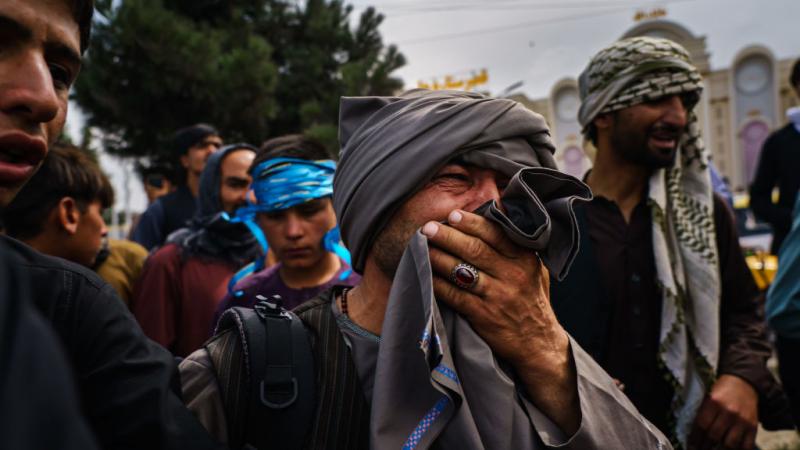 Amid fears of Taliban religious violence in Afghanistan, humanitarian aid groups have been scrambling to get Afghan Christians out of the country as U.S. evacuation efforts wind down but have reportedly been thwarted by the State Department.

Since Aug. 20, Christians in Afghanistan have tried to board flights leaving the country. “Among a group that began with more than 100 people are 22 leaders in the Afghan church whom the Taliban have identified and in some cases targeted with its Aug. 15 takeover of the city,” World Magazine reported on Aug. 25.

They haven’t been able to leave because “U.S. forces have repeatedly turned away Afghan Christians at airport entrances, despite the group’s following instructions from the State Department and U.S. military” according to the Christian news site edited by author Marvin Olasky, an intellectual architect of “compassionate conservatism.”

The Catholic News Agency also reports Christians are being turned away by U.S. officials, even though they have the required paperwork.

Acting with urgency, several nonprofits and private groups are evacuating as many Christians as they can.

Conservative commentator Glenn Beck’s Nazarene Fund has raised more than $30 million to rescue Christians. This week Beck went to Afghanistan and reported on conditions on the ground.

Late Tuesday night, Beck urged Christians, female judges, and anyone else who could to get on the Nazarene planes to do so. His organization was given 72 hours to evacuate people by the State Department.

“I don’t understand it,” he said. “America — we are not these people. We do not leave people behind — ever. Ever.”

Beck exhorted Americans: “Call your senator, call your congressman, tell them to put the heat on the State Department. … Call them. … They need to hear from you right now. This is an abomination, what is happening. … there is a lot of good that is happening as well. Mainly from other countries, but also from private citizens.”

On Tuesday, Beck reported his organization had evacuated a combined 1,200 people on three flights, with plans to evacuate another 7,000.

Rev. Franklin Graham’s Samaritan’s Purse has also been partnering with organizations on the ground to get as many people out as possible. Its sponsored flights have brought out hundreds so. One partner made three trips to evacuate 700 people in one day, the evangelical humanitarian aid organization reports. It has also supported the evacuation of 80 missionary families along land routes.

The North Carolina-based group’s Disaster Assistance Response Team in the region is also working to provide resources and aid “to help those who have fled with just the clothes on their backs.”

Charmaine Hedding, president of the Israel-based Shai fund told CBN News that 21 Afghan Christians its workers had tried to evacuate were at the airport but were denied exit. It has also been trying to get religious minorities out of the country.

Aid organizations were told by Western governments that evacuation flights for civilians would end Friday, Aug. 27, allowing the U.S. military to complete the removal of its own forces and equipment in the days remaining before the Aug. 31 withdrawal deadline, The Wall Street Journal reported.

Afghan Christians are primarily converts from Islam or the children of converts and “are very likely to be killed” under blasphemy and apostasy laws if caught by the Taliban, which applies Islamic law literally, the Barnabus Fund explains..

“Although the Hanafi school of sharia, which predominates in Afghanistan, specifies death only for adult sane male apostates from Islam (with imprisonment for adult sane female apostates),” the U.K.-based organization says, “the Taliban’s track record of an ultra-strict interpretation of sharia means it is very likely they will kill all apostates, both men and women, and probably their children too.”

Several reports describe Taliban militants going door to door threatening Christians. One leader of a house church network with more than 500 members reportedly received a letter Aug. 12 signed by Taliban militants threatening him and his family. “We know where you are and what you are doing,” it states.

According to Open Door’s 2021 World Watch List, Afghanistan is the second most dangerous nation in the world for Christians to live.

“In Afghanistan, living openly as a Christian is impossible,” the group states, noting that it was already dangerous to live in the Islamic country before the Taliban took over Aug. 15. “Christian converts face dire consequences if their new faith is discovered. Essentially, converts have two options: flee the country or risk being killed.”

Part of the problem, the U.S. Commission on International Religious Freedom notes, is the State Department’s P-2 (Priority 2) designation for Afghan nationals leaving the country, which doesn’t prioritize religious minorities. It loosely gives priority to “women at risk,” academics, journalists, “minority populations,” pilots and others.

“The Taliban’s imposition of their harsh and strict interpretation of Sunni Islam in the areas that they have taken over poses a grave threat to all Afghans of differing interpretations and other faiths or beliefs,” USCIRF Chair Nadine Maenza said in a statement. “The outlook for the country’s religious minorities is particularly bleak, with threats of Taliban persecution mounting.  As Afghans are forced to flee their homes on account of their beliefs, the U.S. government must ensure that the most vulnerable among them have a pathway to seek refuge in the United States.”

The State Department has not changed its P-2 designation, announced August 2.

Neither the State Department nor the Biden administration has commented on the potential slaughter of Christians by the Taliban if they are unable to leave the country.

White House Press Secretary Jen Psaki responded, “Our expectation, which we have also conveyed to the Taliban, is that they should be able to get to the airport.” This has not happened.