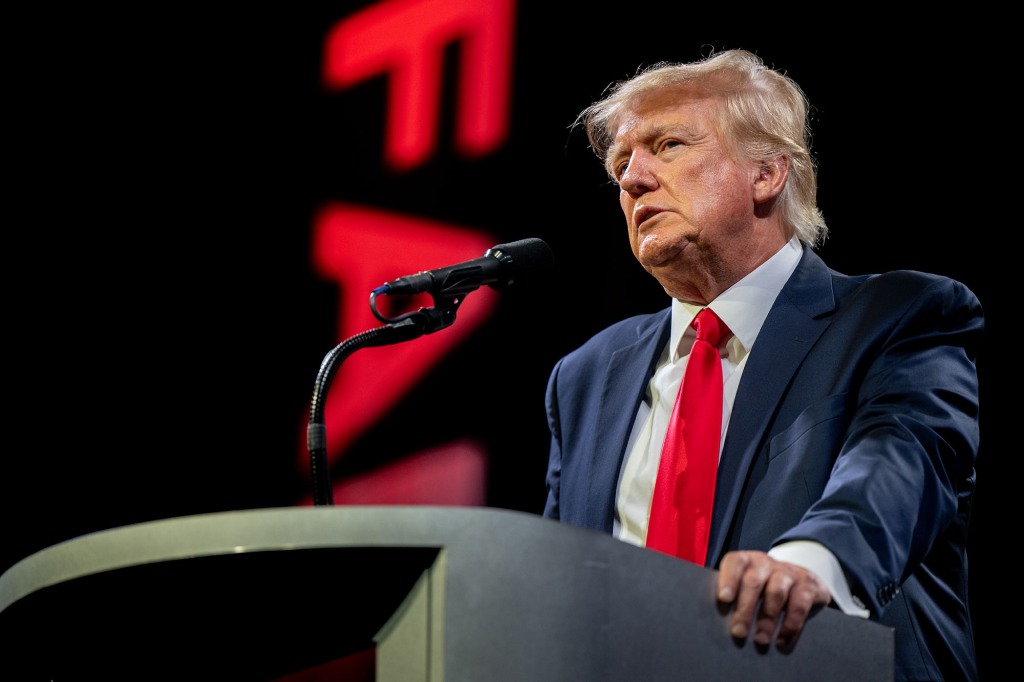 “If Trump were to return to the White House as president, and COVID is still a threat or there is some other public health emergency, would you have confidence in his ability — would you have confidence in his ability to deal with a pandemic of this nature?” asked CNN host Jim Acosta of the White House chief medical adviser. “Would you want to stay on in your post?”

“Well, no to the second question” Fauci, 81, replied with a laugh. “The first question, if you look at the history of what the [COVID-19] response was during the [Trump] administration, I think at best you could say it wasn’t optimal.”

“And I think just history will speak for itself about that,” he added.

Trump is widely expected to launch a third consecutive bid for the presidency later this year. In addition to his White House post, Fauci has headed the National Institute of Allergy and Infectious Diseases since 1984.

The relationship between Fauci and the 45th president was a constant source of speculation among the mainstream media from early in the pandemic, when the White House task force’s daily press briefings were considered must-see TV.

By the time the 2020 presidential election rolled around, Trump was openly musing about dismissing Fauci if the voters rewarded Trump with a second term.

Since President Joe Biden took office, Fauci has defended the new administration’s statements about the pandemic, including Vice President Kamala Harris’ claim that the White House had to “start from scratch” on vaccine distribution.

In January 2021, soon after Biden’s inauguration, Fauci told reporters: “I can tell you I take no pleasure at all in being in a situation of contradicting the president, so it was really something that you didn’t feel you could actually say something and there wouldn’t be any repercussions about it.

“The idea that you can get up here and talk about what you know, what the evidence and science is, and know that’s it — let the science speak — it is somewhat of a liberating feeling,” he added.

Two months later, Fauci criticized Trump for tweeting in April 2020 that states should be “liberated” from lockdowns, saying the statement “hit me like a punch to the chest.”

In an interview with Newsmax in May 2021, Trump tried to recast his relationship with Fauci, saying: “I always got along with [him] pretty well, but I usually did the opposite of what he wanted.”

In March of this year, Fauci said he had no intention of retiring from government, saying he wants to wait for the US to be “really out” of the COVID-19 pandemic before he moves on.

“I have said that I would stay in what I’m doing until we get out of the pandemic phase, and I think we might be there already,” he told ABC’s “Start Here” podcast at the time.

Days later, in an interview on ABC’s “This Week,” Fauci was asked whether the country was nearing the end of the pandemic and if he planned to get “some rest” at that point.

“I’m not so sure, George,” Fauci told anchor George Stephanopoulos. “I want to make sure we’re really out of this before I really seriously consider doing anything different. We’re still in this.”

“We have a way to go,” he added. “I think we got clearly going in the right direction. I hope we stay that way.”