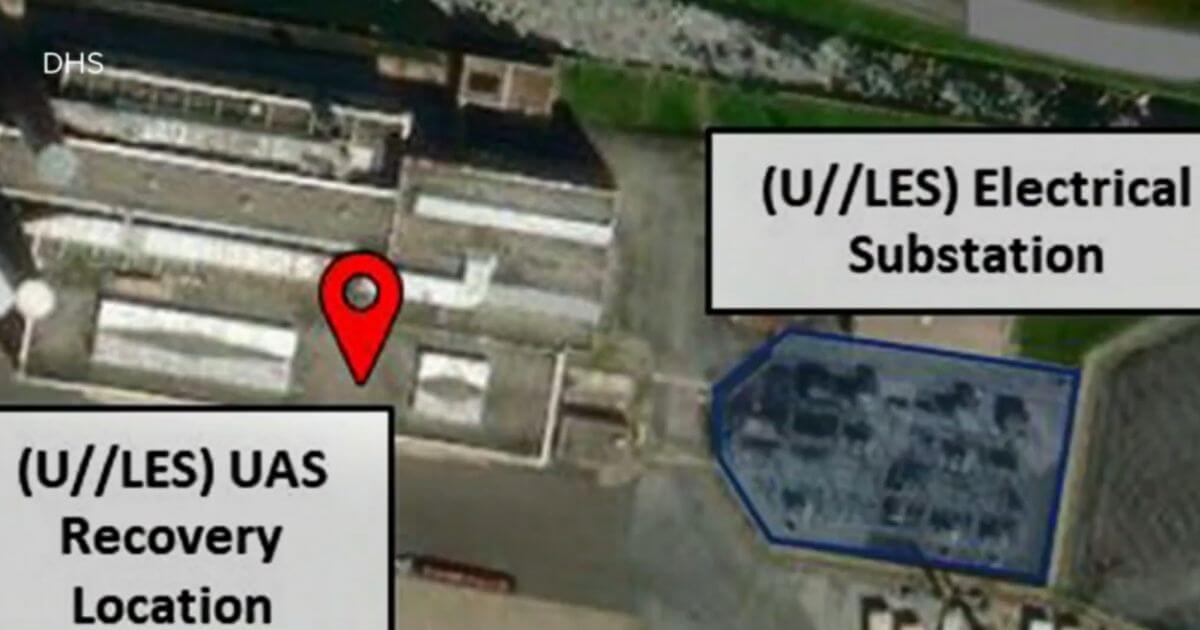 The U.S. electrical grid is increasingly vulnerable to a devastating drone attack, according to a chilling joint report released by the FBI, the National Counterterrorism Center and the Department of Homeland Security.

The federal law enforcement bulletin Oct. 28 said a drone that crashed near a Pennsylvania power substation in July 2020 was designed to disrupt the electrical grid, ABC News reported.

No damage was done to the electricity supply or equipment, according to the joint memo.

However, if the attack had been successful, it could have cut off power to millions of Pennsylvania residents and even potentially affected the entire Eastern seaboard.

The drone, which had a thick copper wire attached to it, was “likely intended to create a short circuit to cause damage to transformers or distribution lines, based on the design and recovery location,” the DHS concluded in its bulletin.

Shockingly, the FBI, DHS and the National Counterterrorism Center still do not know who was responsible for crashing the drone on the rooftop of a building next to a Pennsylvania power station.

The agencies warned that the illicit use of drones to compromise energy infrastructure is growing but said there’s very little the U.S. can do to prevent these attacks.

Former Deputy Assistant Secretary of State Steve Ganyard, a retired Marine colonel and fighter pilot, told ABC News that is because “drones are very difficult to detect and even harder to defend against.”

Ganyard said power plants, dams and water purification plants are among the critical infrastructure under threat that the U.S. cannot adequately protect because there are simply too many vulnerable targets.

As it is, foreign adversaries don’t need to resort to drones to wreak havoc in this country. They can do so quickly and efficiently through cyberwarfare.

Since Joe Biden was installed as president, the United States has been the target of cyberattacks from both China and Russia.

Tellingly, Biden refused to confront either country about the escalating cyberwarfare on the United States.

BIDEN KOWTOWS TO CHINA, REFUSES TO ISSUE SANCTIONS DESPITE BLAMING IT FOR CYBERATTACKS VIA @WESTJOURNALISM HTTPS://T.CO/YQINLHHMZN

In September, the U.S. Air Force’s first chief software officer resigned in protest, saying China will become the world’s foremost superpower soon because it’s already on track to overtake America when it comes to artificial intelligence and cyberwarfare.

Nicolas Chaillan, who was appointed in 2018 under former President Donald Trump, said it was pointless for him to continue working at the Defense Department because it’s a losing battle.

“We have no competing fighting chance against China in 15 to 20 years,” Chaillan told the Financial Times in October. “Right now, it’s already a done deal; it is already over in my opinion.”

He said U.S. cyberdefenses are currently at “kindergarten level,” making America an easy target for hacking operations that could cripple national infrastructure and financial systems.

As a reminder, Biden has prioritized fighting climate change — which he has called the “greatest threat” to national security — over defending the homeland.

Thanks to Biden’s decimation of U.S. energy independence, heating bills this winter could be 54 percent higher than they were a year ago.

HOW MANY AMERICANS WILL FREEZE THIS WINTER BECAUSE THEY CAN’T AFFORD TO HEAT THEIR HOME? HTTPS://T.CO/PIXKJ2TZCR

This winter is expected to be one of the coldest and longest in years, which makes securing our power grids even more important.

Unfortunately, many Americans do not have any confidence that Biden is up to the task.

However, one thing the career politician wants to safeguard is forking over billions in taxpayer money to illegal aliens flooding our borders.

Advertisement
Related Topics:FeaturedPoliticsSecurity
Up Next

Gov. DeSantis Fired Up About Russiagate Hoax: “They Knew it was a Lie”