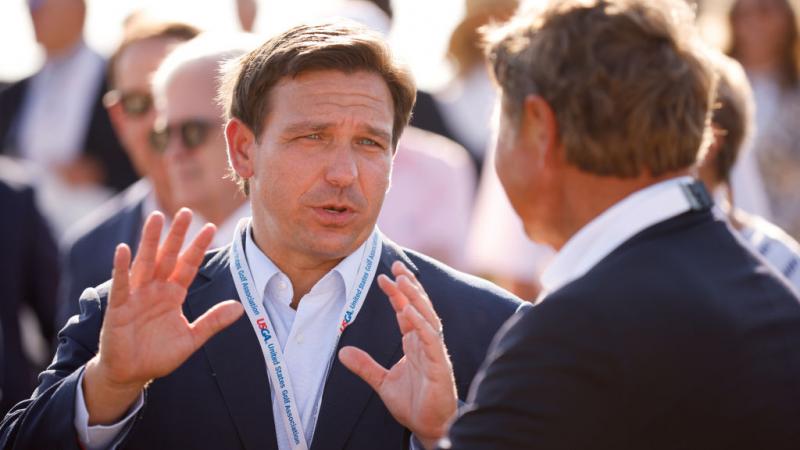 During the first six months of 2021, more than 6,250 “unaccompanied alien minors” were transported to Florida by the federal government and released to sponsors with little oversight, Gov. Ron DeSantis said.

Other than that, the governor says there’s little information provided by the federal government about where people detained for attempting to illegally cross the U.S.-Mexico border are being housed and how many are now in Florida.

In a five-page letter dispatched Thursday to U.S. Secretary of Homeland Security Alejandro Mayorkas, DeSantis is demanding that the Department of Homeland Security (DHS) provide data by Sept. 30 detailing “the number of aliens without lawful status, including unaccompanied minors, apprehended at the southwest border whom DHS knows has resettled in Florida since January 2021.”

The letter requests DHS provide names of detained illegal aliens in Florida, as well as the names and addresses of their sponsors and “dates and locations of their removal proceedings.”

The U.S. District Court for the Southern District of Texas on Aug. 19 ruled against President Joe Biden’s immigration policies and ordered DHS to deport criminals in the country illegally upon release from jails and prisons.

The decision is “an important public safety ruling,” said Florida Attorney General Ashley Moody who, in March, also sued the Biden administration over immigration enforcement in a case now before the U.S. 11th Circuit Court of Appeals.

In an Aug. 19 memo, Moody alerted Florida sheriffs to guidance issued by U.S. Immigration & Customs Enforcement (ICE) after the ruling “to resume the transfer of custody of criminals in the country illegally upon completion of their sentences.”

Moody joined DeSantis Thursday in Orlando to say unknown numbers of undocumented — and unvaccinated — border-detained people are being funneled into Florida under the Biden administration’s “reckless immigration policies” with little state and local coordination.

The governor said that when visiting Florida law enforcement officers deployed to the U.S.-Mexico border in July, they told him that seven of 10 aliens they found trying to cross the border said they were eventually bound for Florida.

“When someone comes pouring across, what they do is they hand them over to the feds,” DeSantis said. “And the feds just released them. They’re releasing huge amounts of people into the country.”

“President Biden, Vice President Harris, and their administration have refused to fulfill their responsibility to enforce immigration laws enacted by Congress and the resulting influx of unvetted illegal aliens endangers our national security and undermines the socioeconomic wellbeing of hardworking American citizens,” he said in a statement accompanying the letter to Mayorkas.

“Unfortunately, even though the federal government is responsible for immigration enforcement,” he said, “it is the states who bear the brunt of this administration’s reckless immigration policies.”

In his letter, DeSantis notes what Florida law enforcement officers told him while they were on the border.

“To fill the void left by the federal government, Florida deployed its own law enforcement officers to the border, and they’ve [been] told that many of the illegal aliens apprehended there plan to end up in Florida,” he wrote. “Floridians welcome responsible immigration that serves the interests of our citizens, but we cannot abide the lawlessness that this administration is aiding and abetting, and frankly encouraging, on the southwest border.”

DeSantis in the letter urges undocumented immigrants be resettled in states “flouting” immigration laws rather than those like Florida that adhere to it.