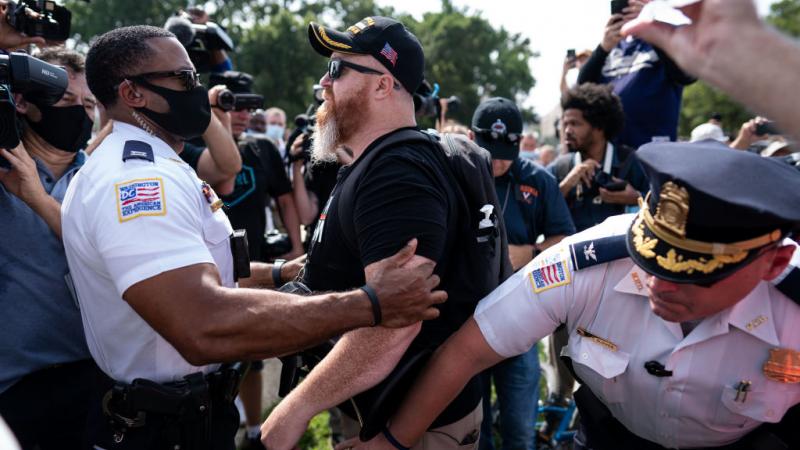 AU.S. Customs and Border Protection officer was arrested for carrying a gun at this past weekend’s “J6 for Justice” rally on Capitol Hill but will not be prosecuted, according to authorities.

The unnamed, 27-year-old New Jersey male was arrested by U.S. Capitol Police for illegally possessing a gun on the grounds of the Capitol after people in the crowd reported seeing him with a handgun and notified nearby officers, according to the Associated Press.

The rally was to support the hundreds charged with crimes in connection with the Jan. Capitol Hill riot.

Law enforcement agencies throughout Washington, D.C., were prepared for a possible repeat Saturday — with the city’s entire municipal police force on duty, the perimeter fence around the Capitol complex erected again and the National Guard on standby.

However, just four arrests were reported, including the one involving the federal officer.

Generally, under federal law, law enforcement officers are given reciprocity to legally carry their weapons in other states, even those with restrictive gun laws. But the law has an exemption for government property or military bases where it is illegal to carry a gun, like the U.S. Capitol, the wire service also reports.

A spokesman for the U.S. attorney’s office in Washington said prosecutors were “not moving forward with charges” but provided no additional information about the decision.

Two law enforcement officials, who could not discuss the matter publicly, told the wire service the officer was not at the rally in an official capacity

The Department of Homeland Security’s inspector general was also notified of his arrest.

U.S. Customs and Border Protection said it was aware of the arrest and was “fully cooperating with the investigation,” the Associated Press also reports.

Democratic politicians and media pundits have tried to push the narrative that President Trump is personally responsible for the unrest that happened on January 6th since the day it happened.  The scam has gone so far that the corrupt January 6th Committee is considering referring Trump to the Department of Justice to be criminally prosecuted.

An Ohio man who was just convicted for his involvement in the protests further proves that the Unselect Committee has no legal standing to criminally prosecute Trump.

Dustin Byron Thompson, a 38-year-old man who entered the Capitol at the January 6th protests was just convicted on all six charges brought against him.

Thomspon’s defense attorneys attempted to use the defense that he was manipulated by Donald Trump and his inner circle, including Rudy Giuliani, into storming the Capitol.

The judge and jury rejected his defense and held him solely responsible for his actions.  Thompson could face up to 26 years in prison.

“An Ohio man who said he was only ‘following presidential orders’ when he stormed the Capitol and stole a coat rack and a bottle of bourbon was quickly convicted Thursday of obstructing Congress from certifying Joe Biden’s 2020 electoral victory.

Dustin Byron Thompson, 38, was found guilty on all six counts against him, including theft of government property and disorderly or disruptive conduct in a restricted building or ground. The jury took less than three hours to deliberate.

The FBI had found cell phone footage of Thompson inside the Senate parliamentarian’s ransacked office yelling: ‘Wooooo! ‘Merica Hey! This is our house!’

Thompson now faces 20 years in prison for the obstruction count, the lone felony. He will be held in jail until his sentencing on July 20.

Jurors rejected Thompson’s novel defense, in which he blamed Trump and members of the president’s inner circle for the insurrection and for his own actions.”

In a stunning series of tweets, Congressman Nehls outlines a scenario that one would expect to read in a Russian spy novel, and certainly not in the United States of America.

Rep. Nehls, a vocal critic of the partisan hack January 6th Committee and of the shooting death of Air Force veteran Ashli Babbitt, tweeted about a discovery made by staffers in his office over the Thanksgiving break in November 2021.

The @CapitolPolice Intelligence Division investigated my office illegally, and one of my staffers caught them in the act.

On November 20th, 2021, Capitol Police entered my office without my knowledge and photographed confidential legislative products protected by the Speech and Debate clause enshrined in the Constitution, Article 1 Section 6.

Two days later, on Monday, November 22, 2021 (Thanksgiving week), three intelligence officers attempted to enter my office while the House was in recess.

Upon discovering a member of my staff, special agents dressed like construction workers began to question him as to the contents of a photograph taken illegally two days earlier.

@CapitolPolice never informed myself or senior-level staff of their investigation, and the reasons are clear.

They had no authority to photograph my office, let alone investigate myself or members of my staff. So, why is the Capitol Police Leadership maliciously investigating me in an attempt to destroy me and my character?

Maybe it is because I have been a vocal critic of  @SpeakerPelosi, the @January6thCmte, and @CapitolPolice leadership about their handling of January 6th, the death of Ashli Babbitt, and the subsequent SHAM investigation.

National Pulse reports – Capitol Police Chief J. Thomas Manger confirmed the Inspector General has now opened an investigation after receiving multiple congressional inquiries into the Capitol Police tactics, such as those reported by Politico. Capitol Police intelligence analysts have also raised concerns to the inspector general over the department’s practice.

Politico – Several Capitol Police intelligence analysts have already raised concerns about the practice to the department’s inspector general, according to one of the people who spoke for this story.

The Capitol Police, in a statement, defended the practice of searching for public information about people meeting with lawmakers and said the department coordinates the work with members’ offices.

Major changes in the Capitol Police intelligence unit started in the fall of 2020 when the department brought on former Department of Homeland Security official Julie Farnam to help run its intelligence unit, which is housed in its Intelligence and Interagency Coordination Division. In the weeks before the Jan. 6 Capitol attack, Farnam made a host of changes to internal intelligence protocols that “caused internal confusion” and “scrambled the priorities” of the unit’s analysts, according to CNN.

Then, in the months after the riot, Farnam changed another key process in a way that hasn’t been previously reported.

For years, analysts in the department’s intelligence division have put together documents called Congressional Event Assessments. That process entails the House and Senate Sergeants at Arms, Congress’ chambers’ internal logistical and security leaders, sharing information with Capitol Police on lawmakers’ plans for meetings and events away from the Capitol.

Intelligence division analysts then use that information to assess physical safety risks to those events — things such as large, planned protests, parades, concerts, or other events that would draw crowds. Analysts regularly filled out a standard template with that assessment.

But after the Capitol attack, Farnam changed the template. According to a copy that POLITICO reviewed, she directed analysts to look closely at the people meeting privately and publicly with members. 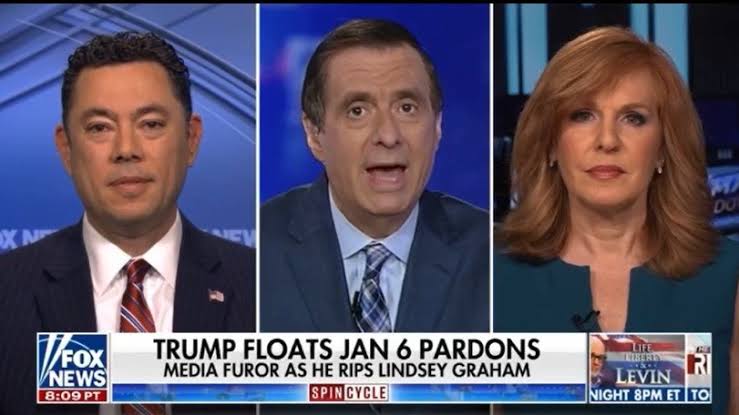