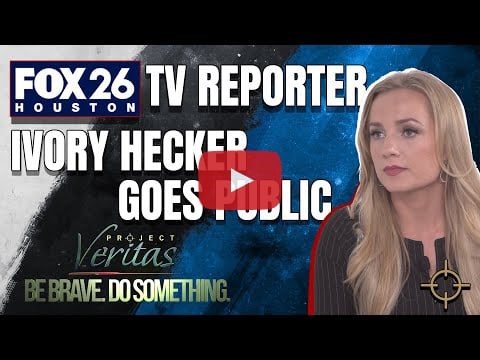 Project Veritas released a new video today featuring a sit-down interview with recently suspended Fox 26 reporter, Ivory Hecker, who blew the whistle on her own network for what she says are acts of deception.

She claims the station’s editorial decisions are an affront to honest journalism.

Here are some of the highlights from today’s video:

You can watch the video here:

Fox 26 has already come down hard on Ivory after she made serious allegations against the station.

Rather than abiding by truly objective journalistic standards of integrity, transparency and publicizing facts, they decided it was best to target an honest whistleblower.