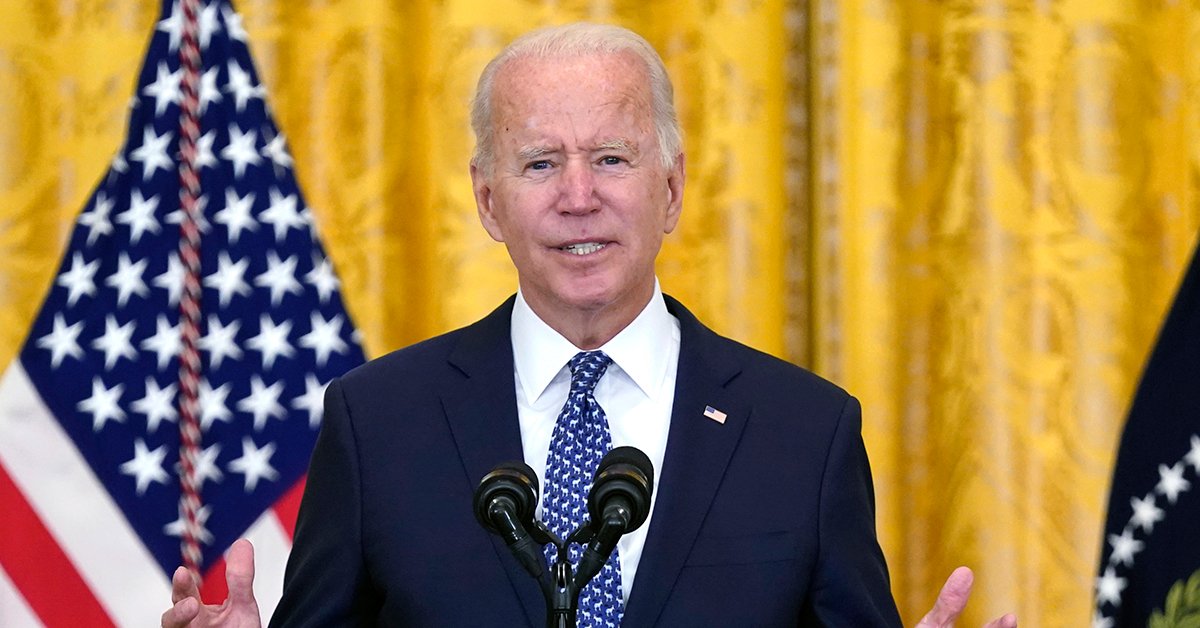 Joe Biden is set to issue a decree that goes against the liberal doctrine of “my body, my choice.”

He is set to mandate that all of the approximately 2.1 million federal workers be vaccinated against the coronavirus.

He will make the announcement in a speech scheduled for Thursday, The New York Times reported.

Mr. Biden, who was briefed by his team of coronavirus advisers on Wednesday afternoon, is set to deliver a speech at 5 p.m. Eastern that will address about six areas where his administration can encourage — or, at this point, push — more eligible Americans to receive vaccines, according to the White House.

Officials offered few specifics, stressing that the plan was still coming together. But two officials familiar with the plan said that it would include new federal requirements for vaccination, and that its underlying message would be that the only way to return to some sense of normalcy was to get as many people vaccinated as possible.

The Food and Drug Administration’s decision last month to grant full approval to the Pfizer-BioNTech coronavirus vaccine has already prompted the Pentagon to require members of the military to be vaccinated. Mr. Biden said at the time that the approval should sweep away any lingering doubts about vaccination and spur more mandates.

“I wanted to follow up on the President’s speech tomorrow,” a reporter said to her. “You mentioned schools and private sectors as two areas of focus … but you’ve also been very, you know, firm in maintaining independence between the federal government and what schools and the private sector does.  So, tomorrow, should we just anticipate the President to say much of what he’s already said to urge those entities to take action?  Or will there be something new that’s actionable?”

“There will be new steps the President announces tomorrow.  Absolutely,” she said.

The reporter asked if “any of those new steps influence the average American’s day-to-day life?  Should we expect any new mitigation recommendations, as an example? “

To which Psaki cryptically responded, “It depends on if you’re vaccinated or not.”

“But there will be new components that, sure, will of course impact people across the country.  But we’re also all working together to get the virus under control, to return to our normal lives.  And I know many people, I’m sure, are looking forward to hearing what the President has to say,” she said.

In interviews on Thursday Psaki indicated that new mandates were coming.

“What we’ve seen work over the past couple months are mandates, requirements, making it so workers in the federal government or others have to get vaccinated. We’ve seen it work and we’ve seen it become more popular,” she said on the MSNBC’s show “Morning Joe.”

“He’s going to speak directly to vaccinated people and their frustrations and he wants them to hear how we’re going to build on what we’ve done to date to get the virus under control,” she said.

All of this comes after a week in which Democrats raged about the new abortion law in Texas, arguing the mantra of “my body, my choice.” But apparently, that does not apply to everything.