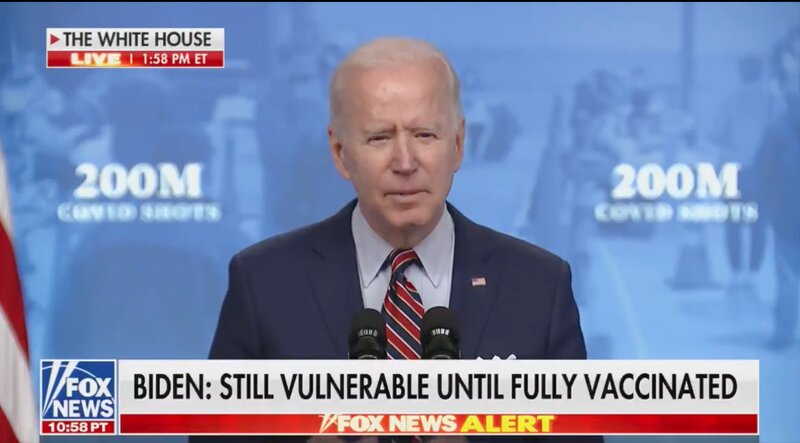 Whoever is writing Joe Biden’s material doesn’t appear to have a working knowledge of why it is that Americans celebrate the Fourth Of July, or as it is otherwise known Independence Day.

On Wednesday, the nation’s 46th president reiterated his tired threat: If people don’t march down to their local vaccination site and roll up their sleeves, that they would not be able to celebrate July 4th. Even to get together in “small gatherings” to commemorate the day when our forefathers broke free of the tyranny of a king.

Biden’s mass vaccination push has gotten stuck in the mud now that those who were eager to take “the jab” have done so. That leaves tens of millions of Americans who are understandably wary of being injected with vaccines that were rushed into distribution under emergency use approval. Without the standard years of clinical and animal trials that show safety and effectiveness long-term.

Last month Biden dangled the carrot that he would generously allow scaled down celebrations, while brandishing the stick that he could change his mind if his orders were not obeyed. Dr. Anthony S. Fauci also suggested that there would be prohibitions on the cherished American holiday if sufficient numbers didn’t get vaccinated.

With vaccine supply now outweighing demand in many areas according to reports, Biden shook that stick at Americans.

According to Biden, “Back on March 11, I outlined a vision of what America could look like by the Fourth of July — an America that was much closer to normal life that we left behind more than a year ago.”

He continued, “To celebrate our independence from this virus on July 4th with family and friends in small groups, we still have more to do in the months of May and June. We all need to mask up until the number of cases goes down, until everyone has a chance to get their shot.”

Like Fauci and the CDC, Biden went with a mixed message by insisting that Americans “mask up” even if you have received the vaccine. This order doesn’t exactly provide an incentive to get the shot at all. This comment seems to indicate that the masks, which have come to be the unofficial symbol of the authoritarian Democratic party, are NEVER going away.

Senator Rand Paul put it best when it comes to Biden’s push to vaccinate all Americans: “If you want more people to get vaccinated, Joe Biden should go on national TV. take his mask off and burn it… and say, ‘I’ve had the vaccine I am now saved from this plague. If you’ll get the vaccine, you can be safe too’”, said the Kentucky Republican.

Republican Senate Minority Leader Mitch McConnell responded, “It was advice for an alternate universe. The president and his advisers may need to get out more. Americans are already getting together in small groups outdoors in blue states and red states, in small towns and big cities. The country is not locked down waiting for July 4.”

Texas GOP Senator John Cornyn also weighed in; “If every willing person in America is vaccinated for #COVID19 by May, as POTUS has said, why put our lives on hold till July the 4th?”

Biden’s hostage-taking is arrogant, obscene and just plain un-American. Red states have successfully reopened, mask mandates have been rolled back and people are getting about their lives without waiting for permission from Washington. Red state or blue state, patriots will be celebrating July 4th no matter what Biden and Fauci threaten.

Biden boosts refugee cap to 62,500 for the current fiscal year, but says it won’t be reached 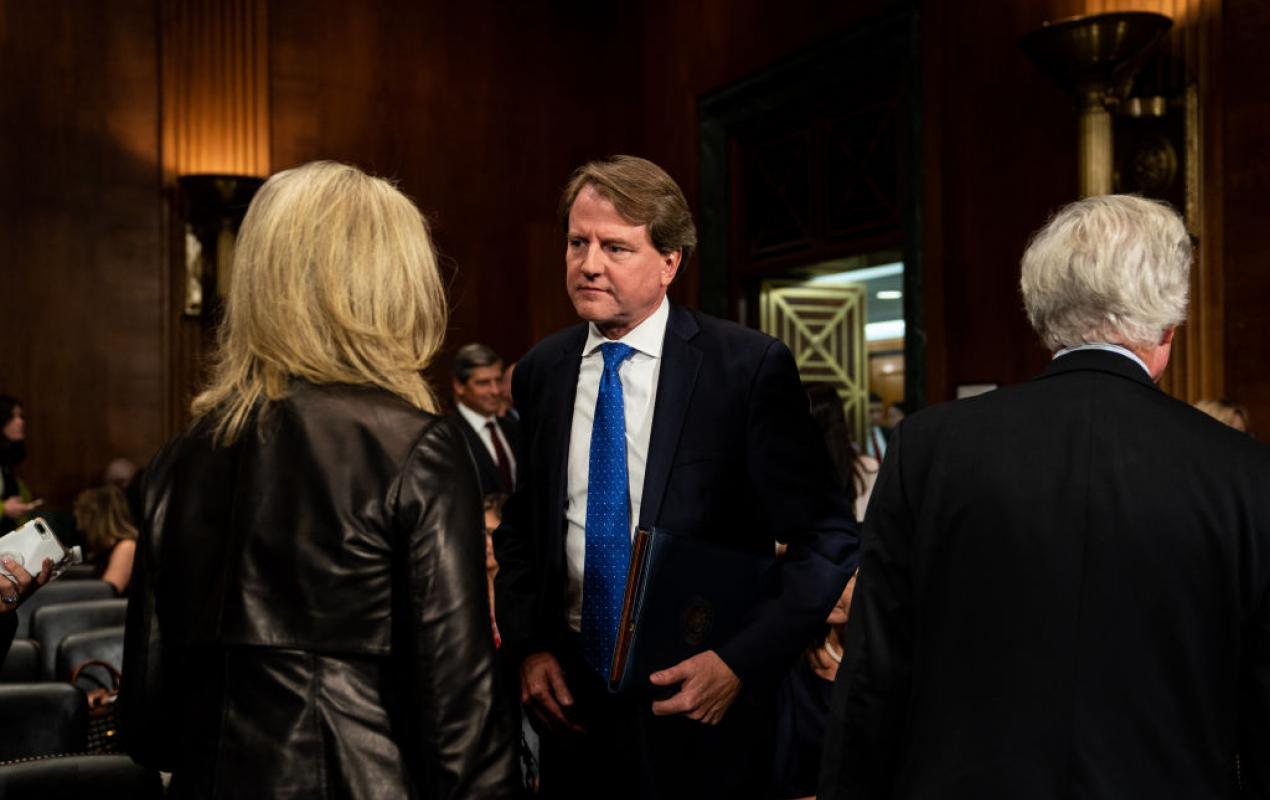 House Democrats and the Biden administration have reached a deal that would allow former President Trump attorney Donald McGahn to testify before Congress on allegations Trump tried to obstruct the 2019 Russia collusion investigation.

The sides reached the deal late Tuesday, after months of negotiating, according to The New York Times.

McGahn has been in a legal battle against a House subpoena to compel him to testify regarding special counsel Robert Mueller’s probe into whether the 2016 Trump presidential campaign colluded with Russia to influence the outcome of the election.

An appeals court was set to hear arguments next week, but lawyers from the Justice Department sent a letter asking the case to be dismissed due to the recent deal.

However, whether McGhan will testify following the deal, which did not involve Trump, remains unclear.

The Biden administration has been wary about attempting to force a former White House lawyer to testify in front of Congress. Currently, the president has the constitutional power to keep secret conversations with a lawyer.

Officials worry the move could be used to force them to testify should Republicans regain the White House and Congress. 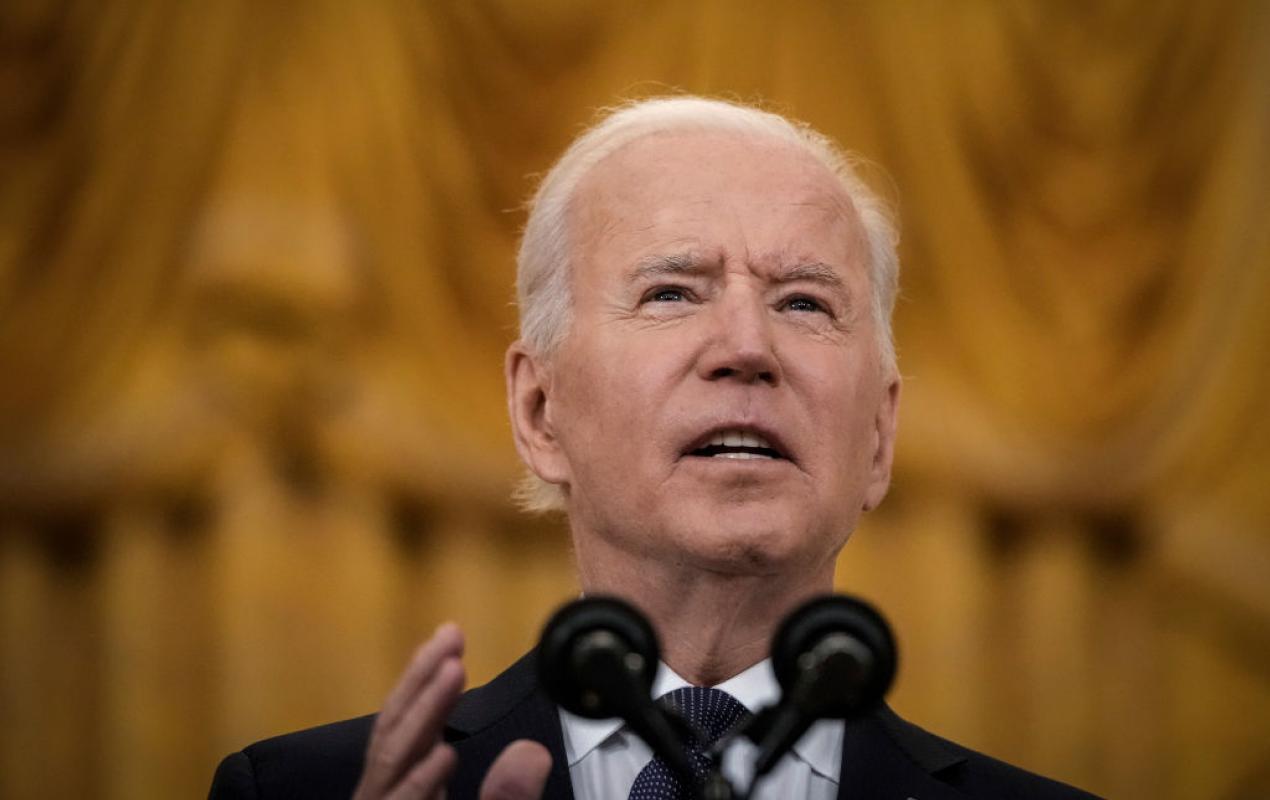 President Biden on Monday said that his administration will make clear that anyone receiving unemployment will forfeit the benefit if they decline an offer for a “suitable” job position.

“We’re gonna make it clear that anyone collecting unemployment who is offered a suitable job must take the job or lose their unemployment benefits,” he said, noting that there are some coronavirus-related exceptions so that individuals do not face a choice “between their basic safety and a paycheck. But otherwise, that’s the law,” he said.

His comments come after a jobs report last week that failed to live up to what many had anticipated and as some argue that individuals are being incentivized not to work as a consequence of supplemental unemployment benefits.

“I think the people who claim Americans won’t work even if they find a good and fair opportunity underestimate the American people. So we’ll insist that the law is followed with respect to benefits. But we’re not going to turn our backs on our fellow Americans,” Biden said.

A White House release says that “the Secretary of Labor will issue a letter to states to reaffirm that individuals receiving UI may not continue to receive benefits if they turn down a suitable job due to a general, non-specific concern about COVID-19. In addition, the President is directing the Secretary of Labor to work with states to reinstate work search requirements for UI recipients, if health and safety conditions allow.” 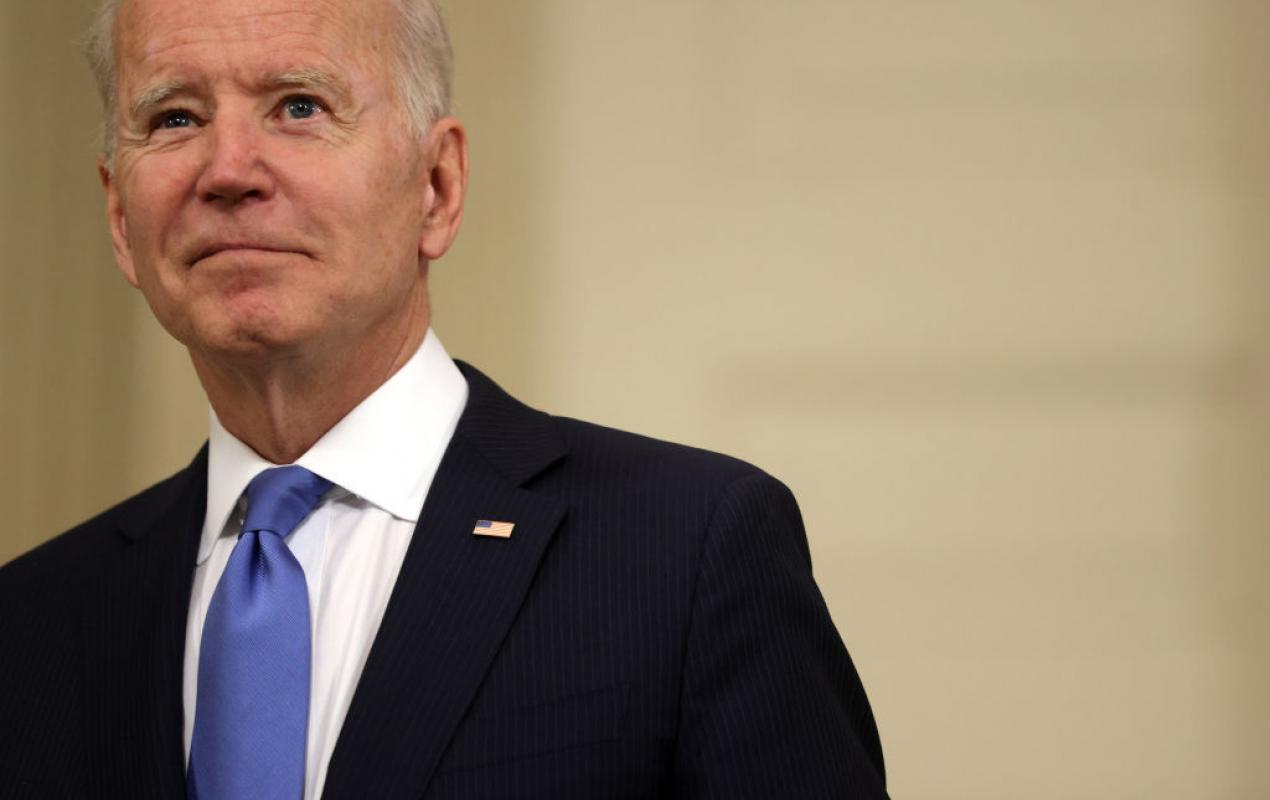 President Biden has issued a National Day of Prayer proclamation in which the word “God” does not appear once.

“I invite the citizens of our Nation to give thanks, in accordance with their own faiths and consciences, for our many freedoms and blessings, and I join all people of faith in prayers for spiritual guidance, mercy, and protection,” Biden says in the proclamation.

The lone use of the word “Lord” appears only once at the conclusion of the declaration as it pertains to the date: The word appears within the boilerplate phrase “in the year of our Lord two thousand twenty-one.”

President Biden has issued a National Day of Prayer proclamation in which the word “God” does not appear once.

“I invite the citizens of our Nation to give thanks, in accordance with their own faiths and consciences, for our many freedoms and blessings, and I join all people of faith in prayers for spiritual guidance, mercy, and protection,” Biden says in the proclamation.

The lone use of the word “Lord” appears only once at the conclusion of the declaration as it pertains to the date: The word appears within the boilerplate phrase “in the year of our Lord two thousand twenty-one.”

The phrase “the divine” comes up in a quote that is attributed to the late Rep. John Lewis: “Nothing can stop the power of a committed and determined people to make a difference in our society. Why? Because human beings are the most dynamic link to the divine on this planet.”

David Brody, host of The Water Cooler inquired, “How do you release a proclamation about prayer and not mention God at all?”