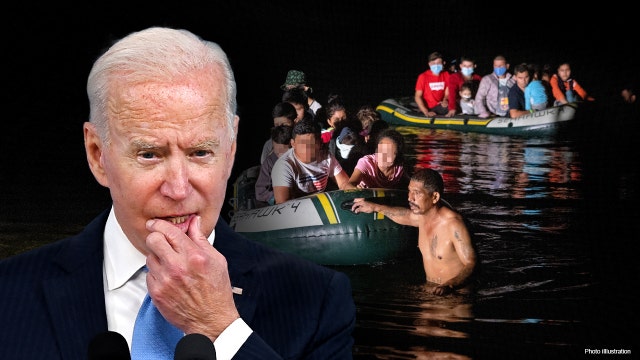 The United States is helping Tajikistan secure a portion of its border with Afghanistan to help combat security threats in the region since the U.S. troop withdrawal from Kabul Monday, despite the ongoing crisis at the U.S. border that’s seeing thousands of migrants pour into the country every day.

The U.S. Embassy in Dushanbe has launched a project to construct new facilities for a Border Service detachment along the Tajik-Afghan-Uzbek border, allowing Tajikistan’s border troops to deploy more quickly in response to threats in the region, the embassy said in a press release Wednesday.

“The United States and Tajikistan enjoy strong security cooperation, and this border detachment project is just another example of our shared commitment to the security and sovereignty of Tajikistan and Central Asia,” Ambassador John Pommersheim said in a statement.

The project is scheduled to break ground in early 2022. When completed, the new facility will provide housing for Tajikistan’s border troops and their family members, the release said.

The U.S. government has provided over $300 million in border-related security assistance to Tajikistan since 2002, the release added.

Meanwhile, the U.S. is facing a border crisis of its own. A group of 26 Republican senators, led by Sen. Tom Cotton of Arkansas, issued a letter Thursday demanding President Biden explain the vetting process for the thousands of evacuees being admitted into the U.S. since the military withdrawal from Afghanistan.

Rep. Tom Tiffany, R-Wis., said during a Fox News appearance Monday that he witnessed insufficient security during his recent trip to Fort McCoy, an Army installation in central Wisconsin that currently houses thousands of Afghan refugees.

The congressman said he was stunned to find that none of the refugees he encountered were Special Immigrant Visa applicants, who have to go through a thorough vetting process that can take up to two years.

“They were all there on parole,” Tiffany said. “The parole authority is granted to the secretary of the Department of Homeland Security. He can just wave people in.”

At the U.S. southern border, hundreds of thousands of migrants continue to pour into the country every month. Homeland Security Secretary Alejandro Mayorkas announced in mid-August that 212,672 migrants were encountered at the southern border in July, a 13% increase over the already massive 188,000 migrant encounters in June. In July 2020, there were just 40,929 encounters.

“Make no doubt about it, people that mean America harm are crossing the southern border,” Brnovich said.

Brnovich is leading a coalition of 16 states to stop the administration’s so-called “Interim Guidance,” which they argue “dramatically halts nearly all deportations and immigration-related arrests, including for those convicted of dangerous aggravated felonies,” a press release said Tuesday.