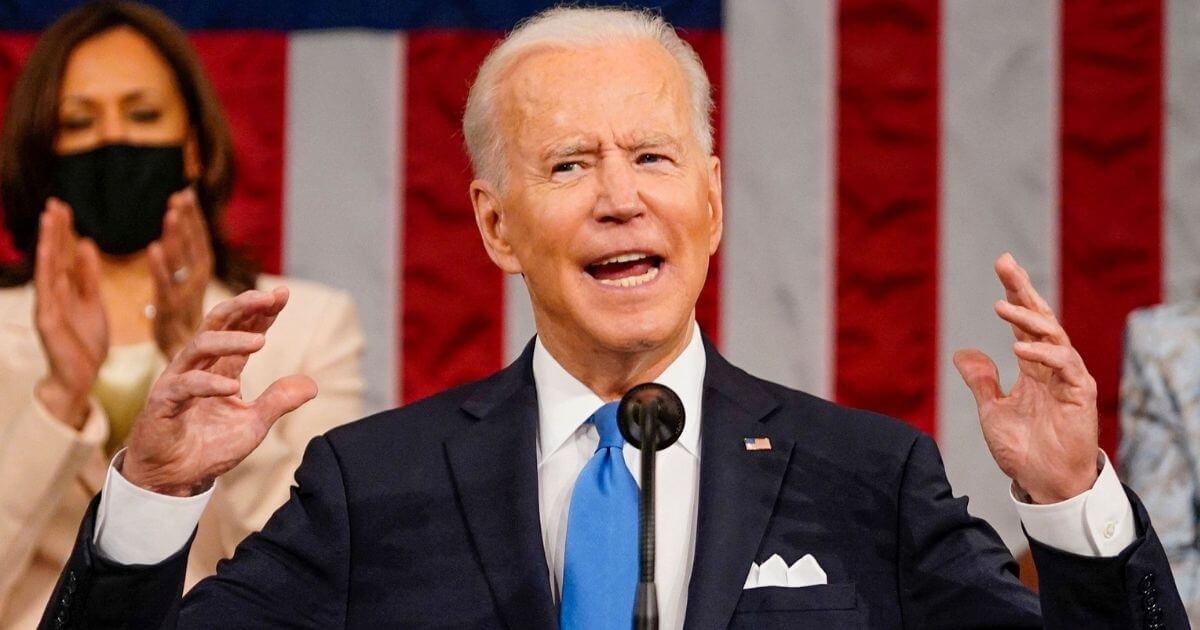 Get a shot; get a Benjamin.

That’s the pitch President Joe Biden wants all state governments to give Americans as a way to increase the number of people getting the coronavirus vaccine.

Biden on Thursday announced his call for a $100 cash prize to anyone stepping right up and getting a vaccination as part of his approach to reining in the spread of the virus.

“I know that paying people who get vaccinated might sound unfair to folks who got vaccinated already,” he said, according to USA Today.

“But here’s the deal: If incentives help us beat this virus, I believe we should use them. We all benefit if we can get more people vaccinated.”

TREASURY DEPT: TODAY, THE PRESIDENT IS CALLING ON STATE, TERRITORIAL, AND LOCAL GOVERNMENTS TO PROVIDE $100 PAYMENTS FOR EVERY NEWLY VACCINATED AMERICAN, AS AN EXTRA INCENTIVE TO BOOST VACCINATION RATES, PROTECT COMMUNITIES, AND SAVE LIVES.

The Treasury Department on Thursday promoted cash incentives as a great use of the $350 billion doled out to state and local governments in the American Rescue Plan, the department said in a statement on its website.

“Programs that provide incentives reasonably expected to increase the number of people who choose to get vaccinated, or that motivate people to get vaccinated sooner than they otherwise would have, are an allowable use of funds so long as such costs are reasonably proportional to the expected public health benefit,” the department’s statement read.

“Today, the President is calling on state, territorial, and local governments to provide $100 payments for every newly vaccinated American, as an extra incentive to boost vaccination rates, protect communities, and save lives,” the statement continued.

“Treasury stands ready to give technical assistance to state and local governments so that they may use the funds effectively to support increased vaccination in their communities, and Treasury will partner with the Department of Health and Human Services throughout this effort.”

Biden’s call for Americans to be paid for getting pricked came as part of a wide-ranging plan that included a requirement that federal workers either be vaccinated or be tested often, wear masks on the job and be socially distant.

A White House fact sheet said Biden was scaling up a strategy that has already shown results.

“When the grocery store Kroger started offering $100 to their associates to get vaccinated, it saw vaccination rates increase from 50% to 75%,” the fact sheet read.

“States like New Mexico, Ohio, and Colorado have piloted $100 incentive programs that have also helped move the dial on vaccinations. According to research from the University of California, Los Angeles, roughly one-third of unvaccinated individuals said a cash payment would make them more likely to get a shot.”

So how much would this cost in say, New York City? According to rough numbers from the U.S. Census Bureau, the city has a population of 8.4 million people, 20.8 percent of whom are under 18 years old. The New York City Health Department estimates that 29 percent of adults are not vaccinated, or slightly over 500,000 people.

That means that if every adult not yet vaccinated in NYC were to get the shot, a $100 prize per person would cost one city over $50 million, but since the money comes out of the funding from the American Rescue Plan, local taxpayers would not feel a bite.

Political figures accustomed to altering behavior for campaign cash expect everyday folks to do the same.

“I think when someone says here’s $100 for you, that’s going to make a big impact,” New York City Mayor Bill de Blasio said, according to The New York Times. The Democrat has confirmed that $100 vaccine incentives will be offered in the city beginning Friday.

Others are not so sure the money is a good idea.

Dr. Elisa Sobo, an anthropologist at San Diego State University, said forking over $100 can’t hurt vaccination rates, but may not be a magic solution, either.

“Some folks will find the offer insulting; others will use it as ‘proof’ that the vaccine is no good,” she said.

– CAN’T BE TRUSTED, BECAUSE TRUMP

– ARE MIRACULOUS, BECAUSE TRUMP LOST

– ARE HIGHLY EFFECTIVE, BECAUSE BIDEN WANTS TO HIT 70%

– AREN’T SO EFFECTIVE, BECAUSE DELTA VARIANT

– ARE HIGHLY EFFECTIVE, BECAUSE WE WANT TO REQUIRE THEM

SO IS THE $100 GOING TO BE RETROACTIVE FOR EVERYONE WHO ACTUALLY WENT OUT AND GOT THE VACCINE OR YOU JUST GIVING IT TO THE MORONS WHO REFUSE TO GET IT AND NOW WILL FOR A $100? @POTUS @WHITEHOUSE

@POTUS NOT WITH MY TAX DOLLARS. YOU AND @VP STARTED THE VACCINE REFUSAL CRISES. YOUR CAMPAIGNS CAN HAND OUT THE $100. IT’S ONLY FAIR SINCE YOU LED THE REVOLT AGAINST VACCINATION. HTTPS://T.CO/XDWHJFYYJ1

Biden’s proposal comes on the heels of the variety of incentives already offered by several states to those who get vaccinated, including an offer from Alabama that lets drivers get their cars out on the famed Talladega Superspeedway.

VIDEO – NYC offers $100 cash incentive to get COVID vaccine, but holds off on indoor mask mandate

Yesterday, Hillary Clinton revealed that she tested positive for Covid-19 and was quarantining with her husband, President Bill Clinton.  In a now viral tweet, she asked her followers for movie recommendations.  Many of the top replies included movies intended to mock and ridicule her.

Former Secretary of State Hillary Clinton met with ridicule on Twitter Tuesday after asking her followers for movie suggestions she or her husband could watch while they quarantine at home following her positive COVID-19 diagnosis.

“Well, I’ve tested positive for COVID,” Clinton, 74, wrote in a tweet. “I’ve got some mild cold symptoms but am feeling fine.”

In another tweet, Clinton noted that her husband, former President Bill Clinton, 75, tested negative and is also in quarantine until the “household is fully in the clear.”

“Bill tested negative and is feeling fine,” she wrote. “He’s quarantining until our household is fully in the clear. Movie recommendations appreciated!”

Twitter users gave her various recommendations, from a book accusing her husband, President Bill Clinton of rape, to a book recounting the horrific attack on Benghazi that happened on her watch as Secretary of State.

Juanita Broaddrick, who famously accused Bill Clinton of sexual assault while he was Attorney General of Arkansas, and was in the audience at the 2016 Presidential debates at the request of President Trump, recommended her book “Some Ice on That: How I Survived Being Raped by Bill Clinton.”

Other users recommended ‘The Plot Against The President’, a documentary about the operation planned to bring down President Trump that was in large part funded and facilitated by Hillary Clinton while she was still serving as Secretary of State.

Joe Borelli, a Republican City Councilman in New York recommended “13 Hours: The Secret Soldiers Of Benghazi”, a film that recounted the attacks against the American embassy in Benghazi were multiple US soldiers died due to Hillary Clinton’s incompetence as Secretary of State.

Children have been the least affected by Covid-19, with less than 6,000 deaths for children aged 0-9 and neglible rates of hospitlization.  Despite this, there has been a massive campaign in the last year to get children vaccinated.  The CDC recommended that all children above the age of 5 get the vaccine.  Liberal media outlets have advocated for vaccine mandates in schools and lawmakers in liberal states such as California have considered adopting them.  Despite Covid posing a minimal risk to children, the vaccine may have devastating effects.  After a doctor pushed the Covid vaccine on a 6 year old child with chronic lung disease, the child developed myocarditis and is now unable to walk.  Alpha News Reports–

“Milo Edberg is a six-year-old child who received the COVID-19 vaccine on Dec. 10. Two days later, he was back in the hospital, where he remains, unable to even swallow his own saliva.

“He was perfectly fine and then he wasn’t,” his mother, Carrie, told Alpha News.”

Despite developing chronic lung disease at a young age, Milo learned to walk and was ‘alert and expressive’ in early December of last year.  Then his Doctor recommended that he get the Covid vaccine.

“Milo’s mother said she didn’t want her son to get the shot. Only three Minnesota children under the age of 10 have died of the virus since the coronavirus pandemic began two years ago — yet his doctor said that he was at special risk of having a severe case.

Ultimately, Carrie abided by the doctor’s recommendation after being told that the shot was safe and harmless. “I went against my gut and said OK, do it,” she said.”

Shortly after receiving the vaccine, Milo began struggling to breathe and his condition deteriorated rapidly, which prompted his mother to call 911 and have him transported to a nearby hospital.

“He was “gasping for air” at home later the next evening, Carrie said. She dialed 911 as her son’s symptoms progressed. Young Milo was transported back to Masonic on the 12th where he was intubated and diagnosed with myocarditis. He remained intubated for a month and a half and is still in the hospital nearly two months later. He can’t sit up on his own.

In all of this time, the doctors haven’t been able to clearly explain Milo’s affliction, his mother said.

“They literally have no answers,” she commented.”

Military Members Are Being Pressured Into Getting Vaxxed [VIDEO] 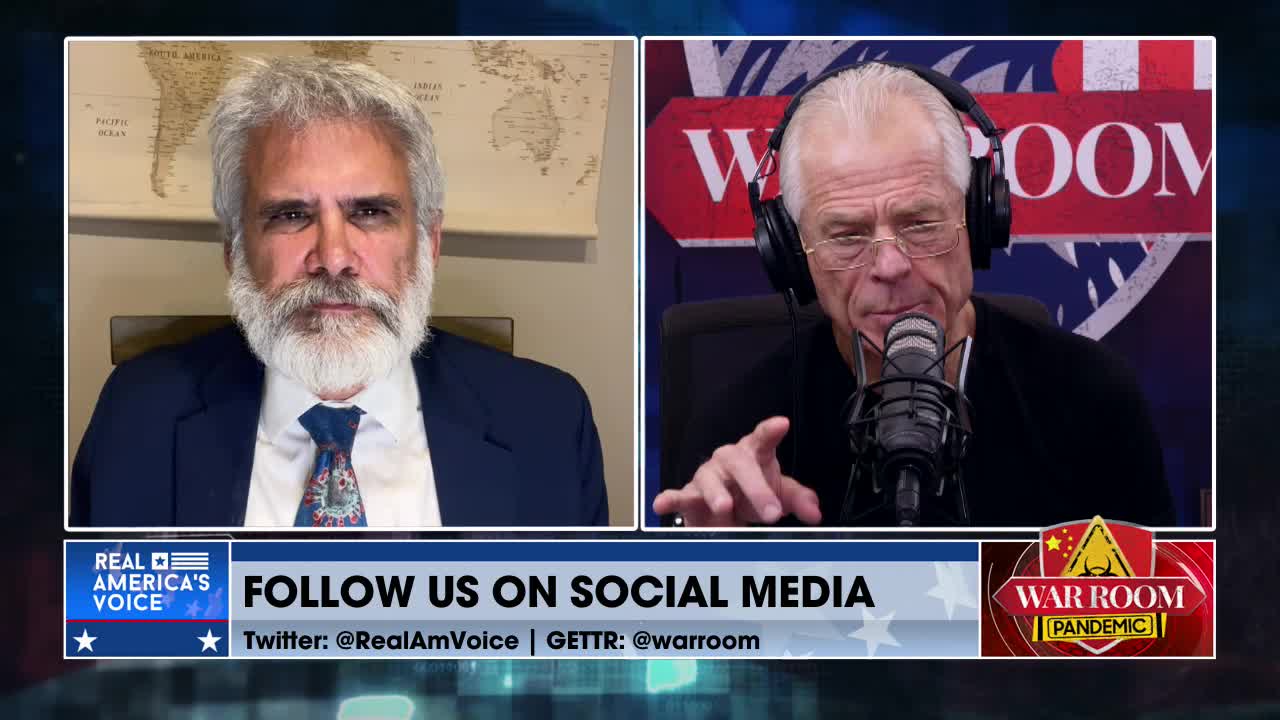 — Military Members Are Being Pressured Into Getting Vaxxed