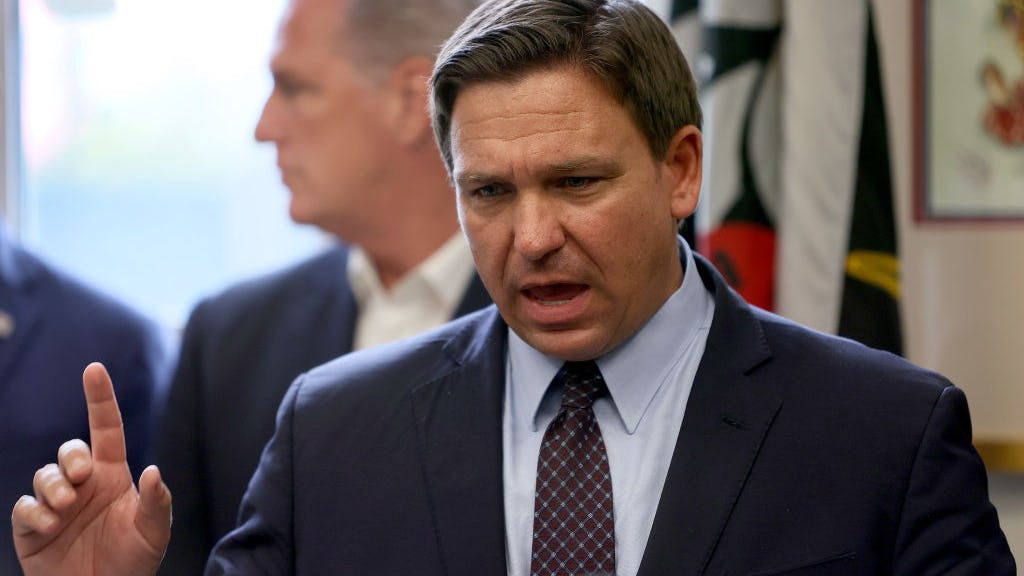 On Friday, speaking at a news conference at Chipola College in Marianna, Florida, Florida GOP governor Ron DeSantis flattened President Biden again, after Biden had snidely responded, “Governor Who?” when asked about DeSantis earlier this week. DeSantis quipped, “I guess I’m not surprised that Biden doesn’t remember me; I guess the question is, what else has he forgotten?”

Biden precipitated DeSantis’ fiery response earlier in the week when he stated, “Just two states, Florida and Texas, account for one-third of all new COVID cases in the entire country. Just two states. Look, we need leadership from everyone. If some governors aren’t willing to do the right thing to beat this pandemic, then they should allow businesses and universities who want to do the right thing to be able to do it. I say to these governors: Please help, but if you aren’t going to help, at least get out of the way of the people who are trying to do the right thing. Use your power to save lives.”

In his blistering response, DeSantis fired:

In a speech that lasted less than five minutes, DeSantis ripped Biden on various issues, noting that Biden had claimed he would “shut down the virus” as a presidential candidate, but had imported more of the virus with his lassitude regarding illegal immigration at the southern border; that a member of Biden’s administration had told parents that they should be wearing masks at home when they are around their own children — a notion DeSantis called “insane”; that Biden believes that vaccination should be mandated by force of government, but DeSantis believes the decision ultimately should be left to the individual; that Biden believes law-abiding citizens should have to produce proof of their medical records just to go to the gym, or attend an event, or just to participate in everyday society, but “if you want to vote, he thinks it’s too much of a burden to show a picture ID when you’re voting, so no voter ID, but have to show your medical papers just to be able to live in everyday life.”

Gov. Ron DeSantis blasts Joe Biden, tells him to do his job and that Florida is a place for freedom, not a “biomedical security state.”