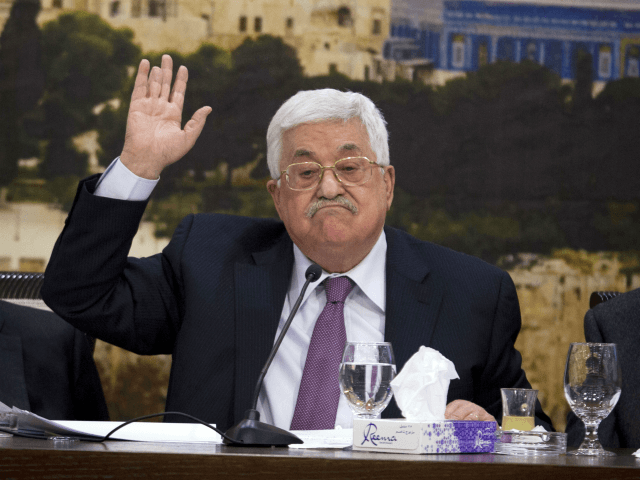 President Joe Biden’s massive $6 trillion budget proposal for the 2022 fiscal year includes hundreds of millions of dollars in restored aid to the Palestinians, some of which President Donald Trump had suspended over concerns about Palestinian support for terror.

In a statement Friday, the State Department noted:

The precise amount of funding was unclear, but Secretary of State Tony Blinken said last week in a visit to the Palestinian Authority (PA) leadership in Ramallah that the U.S. is in the process of sending $360 million in aid to the Palestinians.

Trump had cut aid to UNRWA over concerns that it fosters anti-Israel propaganda, and had also cut U.S. funding to the PA because of its “pay to slay” policy of giving stipends to Palestinian terrorists in Israeli jail or to the families of dead terrorists. The latter funding is prohibited by U.S. law under the Taylor Force Act of 2018; the Times of Israel reports that the PA may try to adjust its program of terrorist stipends so it does not conflict with the U.S. law, though it is not clear exactly how. The funding to UNRWA is under executive discretion and Biden had promised to restore it before the recent war broke out.

Biden has also promised to re-open a U.S. consular in Jerusalem specifically to cater to the Palestinians, currently dealt with by the embassy, and may also re-open the Palestine Liberation Organization (PLO) in Washington, DC, which was shut by Trump after the Palestinians took Israel to the International Criminal Court, a violation of conditions set down in U.S. law.

Much of the new aid will be directed toward rebuilding parts of Gaza damaged in the recent war with Israel, though it is not clear how to prevent that funding from flowing through the hands of the terrorist group Hamas, which rules the territory. Much funding will be handled by USAID Director Samantha Power, an official notorious for her past hostility to Israel.