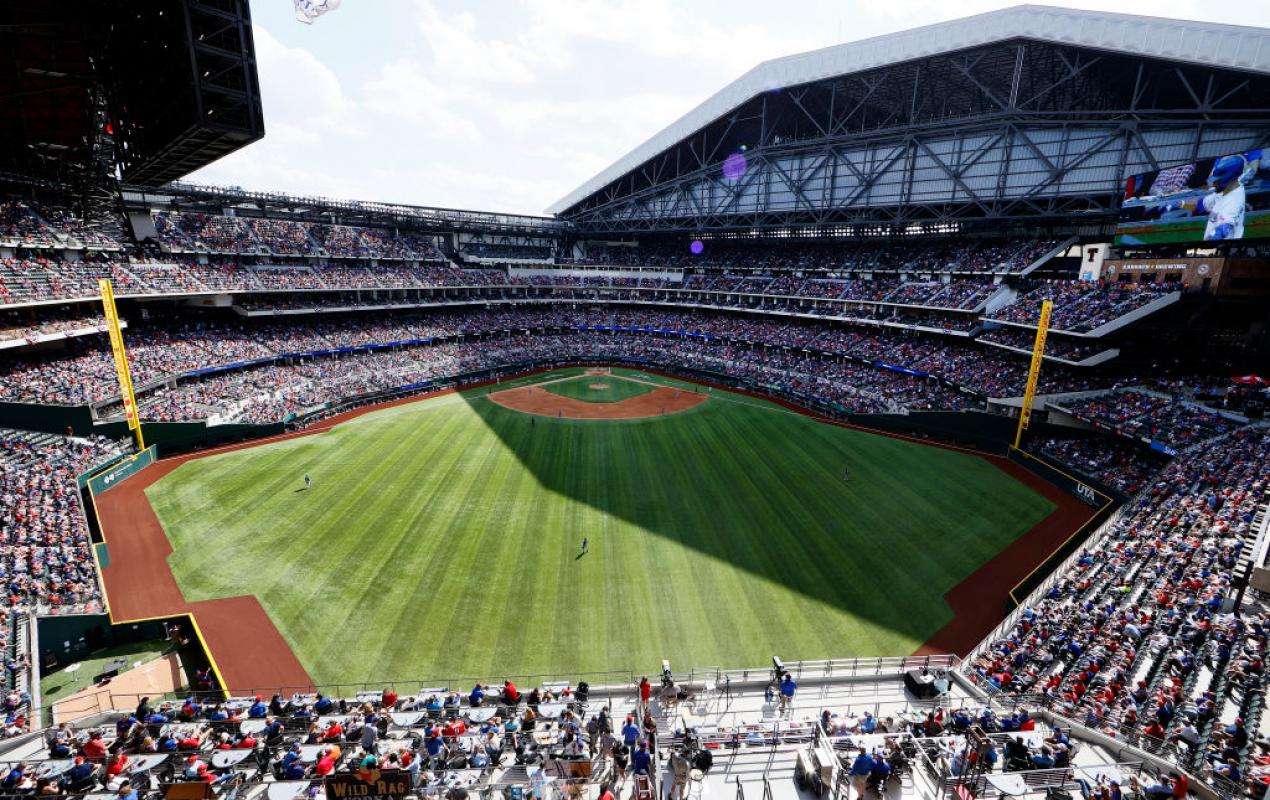 As the COVID-19 pandemic continues on, thousands of fans flocked to attend the Texas Rangers baseball team’s home opener, though unfortunately for the home team fans, the Rangers did not emerge victorious.

The team announced a sellout crowd of 38,283 at the Globe Life Field facility which has an even larger listed capacity of 40,518, according to the Associated Press which noted that the attendance figure does not factor in complimentary tickets.

“It felt like a real game. It felt like back to the old days when we had full capacity,” team manager Chris Woodward said. “Was hoping we’d see how loud our stadium got if we gave them something to cheer about. Unfortunately we didn’t do that.”

Advertisement
Related Topics:BaseballFeaturedTexas
Up Next 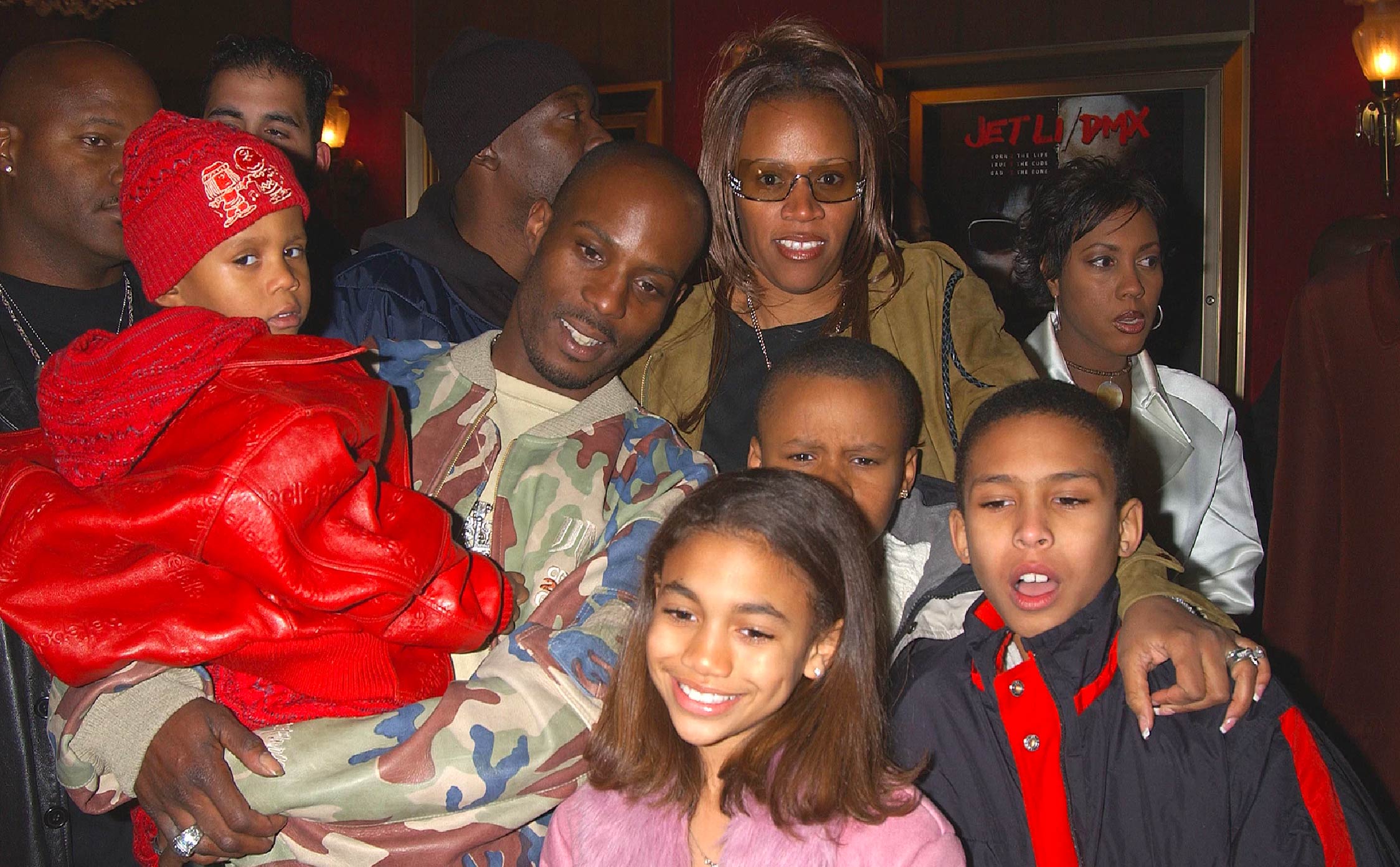 There were a lot of confusing and conflicting reports on Rapper DMX’s condition when he was first hospitalized.

We now know that DMX is in a “vegetative state” and he’s on life support. We also know that he was clinically dead for 30 minutes before the first responders revived him.

He actually had to be revived three times.

We also know that he suffered a heart attack as a result of the drug overdose.

Now, DMX’s children have come to his hospital bedside in New York to say their final goodbyes.

It would appear that hospital officials are keeping him on life support so the family can say their goodbyes.

DMX COULD GIVE THE DUGGAR FAMILY A RUN FOR THEIR MONEY.

THE YONKERS-BORN RAPPER, WHO REMAINS IN THE ICU IN A “VEGETATIVE STATE” AFTER A DRUG OVERDOSE, IS NOW SURROUNDED BY MANY OF HIS CHILDREN — SOME OF WHOM WERE SPOTTED AT A MASS VIGIL OUTSIDE THE HOSPITAL — AS THEY SAY THEIR “FINAL GOODBYE” TO THEIR DAD. BUT WITH COVID-19 RESTRICTIONS IN PLACE AT THE WHITE PLAINS MEDICAL CENTER, ONLY ONE CHILD CAN SEE THEIR AILING FATHER AT A TIME, REPORTS THE DAILY MAIL.

THAT MEANS IT COULD TAKE UP TO 15 VISITS FOR HIM TO SEE ALL OF HIS KIDS.

THE “RUFF RYDERS’ ANTHEM” RAPPER, WHOSE REAL NAME IS EARL SIMMONS, HAS NOT ONLY BEEN PROLIFIC IN THE RAP GAME, BUT ALSO IN THE OFFSPRING GAME — COUNTING 15 CHILDREN AS THE “FLESH OF HIS FLESH.”

THE 50-YEAR-OLD TOLD GQ HE EVEN HAS A BIBLE VERSE ABOUT BEING A PROCREATOR TATTOOED ON HIS NECK. “EXODUS 1:7,” HE SAID IN 2019. “IT SAYS, ‘BE FRUITFUL AND MULTIPLY AND YOUR CHILDREN WILL INHERIT THE WORLD.’”

THAT VERSE ALSO INSPIRED THE NAME FOR HIS YOUNGEST CHILD WITH HIS LONGTIME PARTNER, DESIREE LINDSTROM. THEIR SON EXODUS WAS BORN IN 2016, BUT DETAILS ABOUT HIS OTHER KIDS ARE SOMEWHAT SCANT. THAT SAME YEAR, “X,” AS FANS CALL HIM, CONFIRMED TO “THE BREAKFAST CLUB” THAT HE HAS 15 CHILDREN WITH NINE DIFFERENT WOMEN IN TOTAL. AT THE TIME, HE WAS UNSURE IF ALL OF HIS OFFSPRING HAD EVER MET.

“SOME OF THEM HAVE MET OTHERS. I AIN’T A TOTAL PIECE OF S–T,” HE TOLD THE RADIO SHOW. “I AIN’T HAVE KIDS IN THE SAME COUNTY. YEAH, I SLIPPED UP. I GOT A FEW IN NEW YORK; I GOT A FEW IN CALI.”

Back in 2013, DMX actually had to file bankruptcy because he couldn’t pay the $1.3 million in child support he owed.

Tucker Carlson Fires Back at Tony Fauci, “Your The One Casting Doubt” With Your Advice