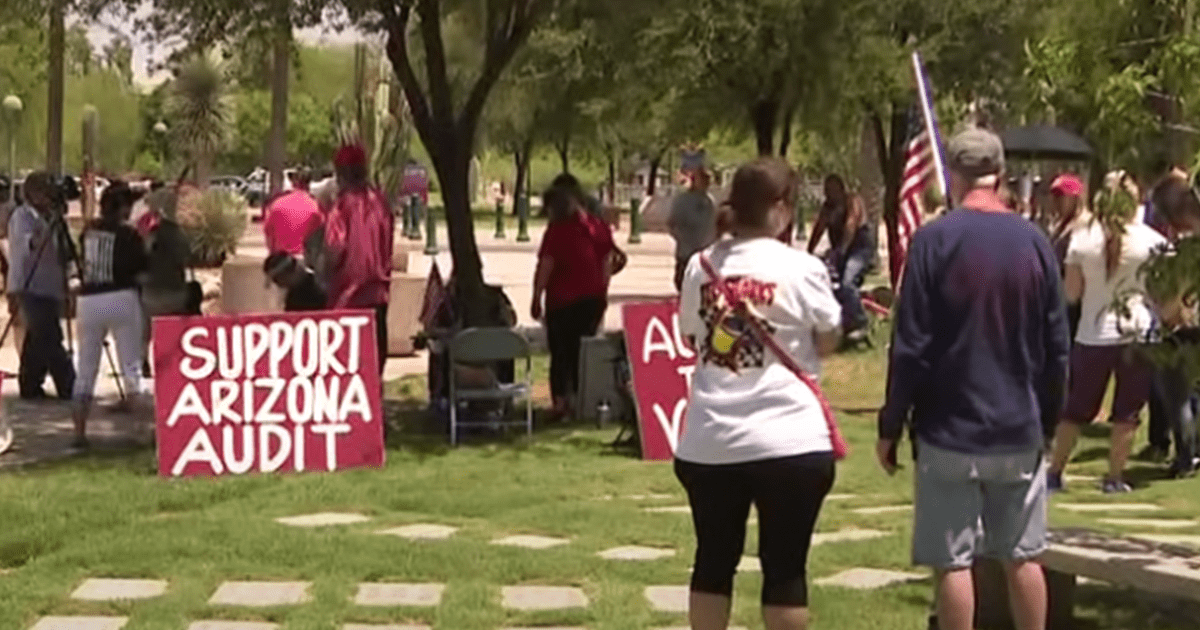 According to a new report from Newsmax “The Arizona Senate’s audit of the 2020 election has resulted in a different ballot count than that given by Maricopa County officials, according to the chamber’s president.”

Fann told Mike Broomhead on KTAR “They haven’t released a number yet. However, we do know that those numbers do not match with Maricopa County at this point.”

“We are finishing up — the vendor is finishing up what we call the aggregation: double-checking the spreadsheets against the blue tally sheets, against the scans they did on the ballots,” she continued.

“Because before we turn those ballots back to Maricopa County, they want to make sure that every one of those check-and-balances match before they start doing the analysis of all the data they received,” she added.

Fann also said the process has not “gone as smoothly as it could have.”

“This is the first time in the history of our nation that anybody has done an audit of this magnitude. And so, quite honestly, we are doing a lot of things, triple-checking, just to make sure that this is all correct,” she added.