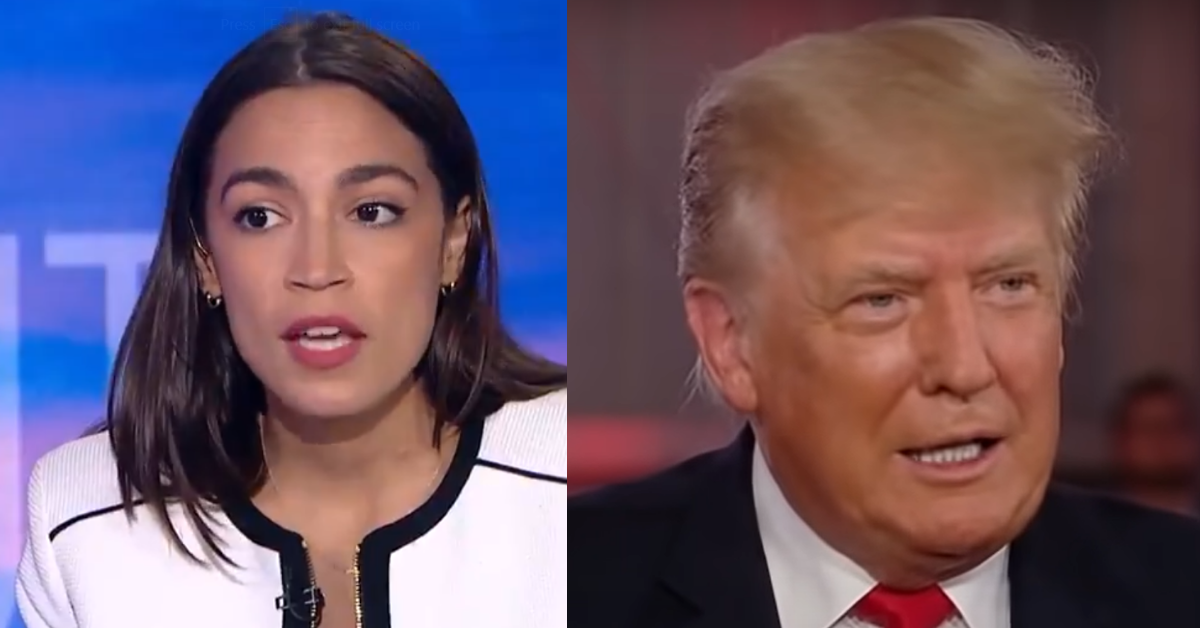 Representative Alexandria Ocasio-Cortez (D-NY) went on MSNBC’s “The ReidOut” and tried to make the case that former President Donald Trump’s “extremely xenophobic and racist immigration policies” played a role in the chaos in Kabul.

“We have had former members of the administration come forward and talk about Stephen Miller, eventual essentially waging a rhetorical war against the idea of Afghans coming here. We have seen people on another network call them invaders.

AOC said” “It is no secret that the Trump administration carried out extremely xenophobic and racist immigration policies.

“When we look at the turmoil of what is happening now, one of the questions we have to ask as well — Afghanistan is a responsibility and that falls upon the shoulders of virtually every president since George W. Bush.

“One of the things we see, what was the Trump administration doing when they were not pre-evacuating out under the SIV program, these Afghan interpreters and nationals and allies?

“It is because of Stephen Miller and his rhetoric and the xenophobia of the Trump administration that there were many thousands of Afghans we could have worked on evacuating much earlier than even this year.”

REP. @AOC: “THERE ARE VETERANS ACROSS THIS COUNTRY THAT SERVED VALIANTLY. THEY WANT TO MAKE SURE THAT THE PROMISES THAT THEY OFFERED AT THE VERY LEAST CAN BE KEPT… LET’S AT LEAST HELP THEM KEEP THEIR PERSONAL PROMISES.” #THEREIDOUT #REIDERS PIC.TWITTER.COM/ZKWWQQ5DTD

CLIMATE: “NO SUCH THING AS CHEAP ENERGY.” REP. @AOC SPEAKS ABOUT THE ECONOMIC AND HEALTH COSTS OF ‘PEAKER’ POWER PLANTS, ESPECIALLY FOR MARGINALIZED COMMUNITIES, AT A HOUSE OVERSIGHT COMMITTEE ROUNDTABLE. PIC.TWITTER.COM/ISLQGNUTQJ