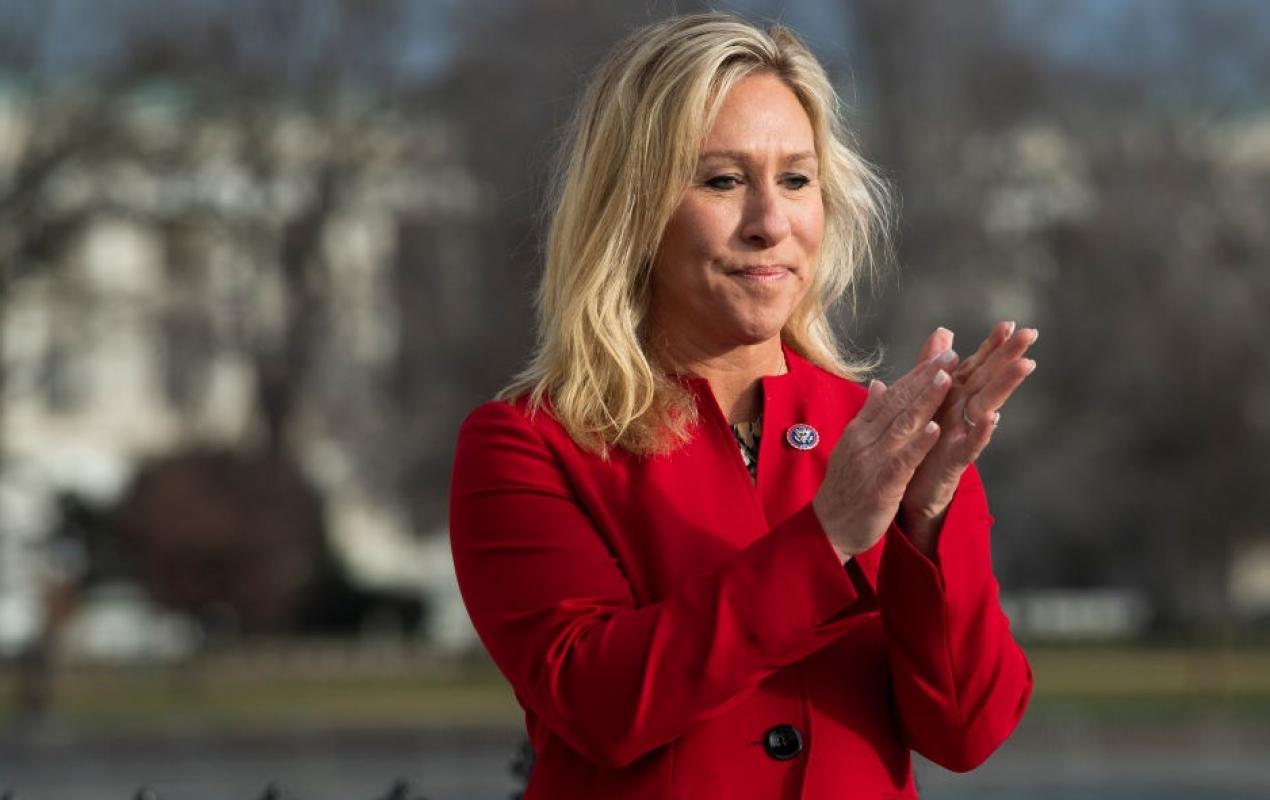 Agroup of pro-Trump representatives in Congress have formed what they have dubbed an “America First” set of policy initiatives, which they say will address domestic issues ranging from Big Tech to immigration to mail-in voting.

The coalition’s inaugural policy platform says that the America First Coalition “exists to promote Congressional policies that are to the long-term benefit of the American nation.”

“The North Star of any policy proposal will be that which serves the American people, and any consequential analysis of policy platforms must be based on this first principle,” the document states.

The group says it will challenge the dominance of Big Tech in modern U.S. society, including a reform of Section 230 of the Communications Decency Act that would target internet platforms’ immunity from liability for content posted on their servers.

The group also voices support for “nationwide systemic election reform,” claiming that “mail-in voting, long recognized as subject to fraud, has become normalized” and that they will “work towards an end to mail-in voting, implementation of national voter ID and substantive investigations into mass voter fraud perpetrated during the 2020 election.”

The group also highlights what they view as the unique threat posed by the Chinese Communist Party, stating that the United States “must be prepared militarily and economically to compete with a peer-competitor.”

“It is the firm belief of this Caucus that American policy-making needs to get back to first principles, restore a long-term time horizon amongst our nation’s leaders, and instill a greatly internalized sense of service to the American people on [the] part of our elected leaders,” the policy platform says.

Among the members of the new caucus is Marjorie Taylor Greene, an unabashed Trump supporter and outspoken conservative serving Georgia. 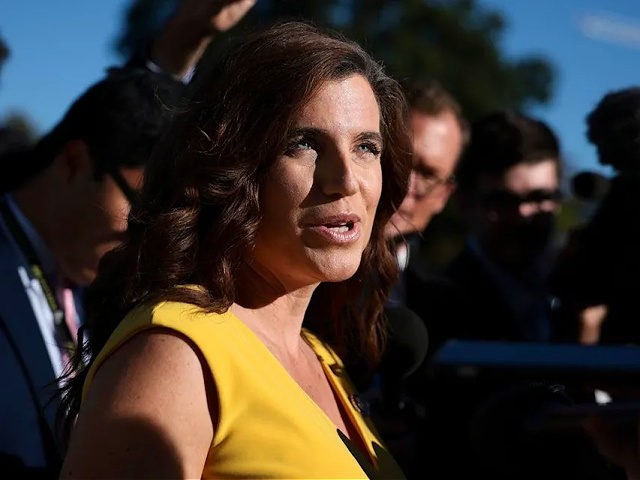 “Fox News is putting on the terrible Nancy Mace of South Carolina at every opportunity they get. Fox Board Member (too bad!) Paul Ryan is pushing her so hard it’s ridiculous,” Trump said in a scathing statement.

This is far from the first time Trump has warned about the dangers of voters reelecting Rep. Mace.

“In the first congressional district, you have another horrendous RINO known as crazy Nancy Mace,” Trump said during his March 12 rally in Florence, South Carolina. “Two years ago, she begged for my endorsement and then she pledged to be America First.”

However, Trump said, Mace went to D.C., where she started “attacking Republicans and [held] a fundraiser for wacky Liz Cheney.” Yet, Mace has attempted to position herself as one of Trump’s earliest supporters but has yet to explain why she believes Trump chose to endorse her primary challenger, Katie Arrington, instead.

“You’ll need to ask him,” she told the State when asked about Trump’s refusal to endorse her.

“Katie Arrington is running against an absolutely terrible candidate, Congresswoman Nancy Mace, whose remarks and attitude have been devastating for her community and not at all representative of the Republican Party to which she has been very disloyal,” Trump said during the Florence rally.

“Katie Arrington, on the other hand, is liked and respected and a true Republican,” he declared, continuing to blast Mace:

As Breitbart News previously chronicled, Katie Arrington won the nomination during the 2018 midterm elections when she defeated Rep. Mark Sanford (R-SC) with the former president’s endorsement. Unfortunately, events did not unfold as she had planned when she was a passenger in a deadly car crash that relegated her to a wheelchair for the rest of the campaign.

Notably, every candidate Trump endorsed in Texas’s Republican primaries won or went on to a runoff.

Joe Rogan Points Out That NO ONE Trusts The Media Anymore, Everything Is Falling Apart 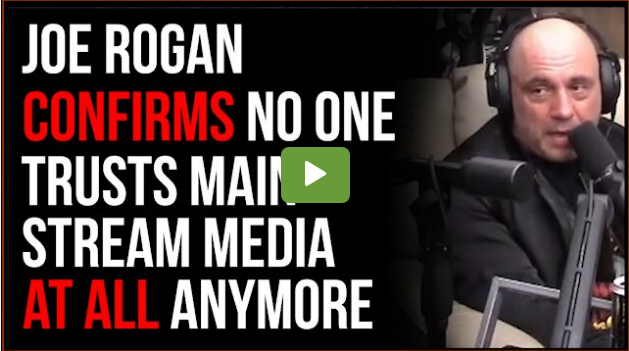 Tim, Ian, Luke, and Lydia host an entire party of people, including Michael Malice, Alex Jones, Blaire White, Drew Hernandez, and Joe Rogan, to discuss how no one trusts the media anymore – and why not.

MSM is pure propaganda. George Soros must be giddy; 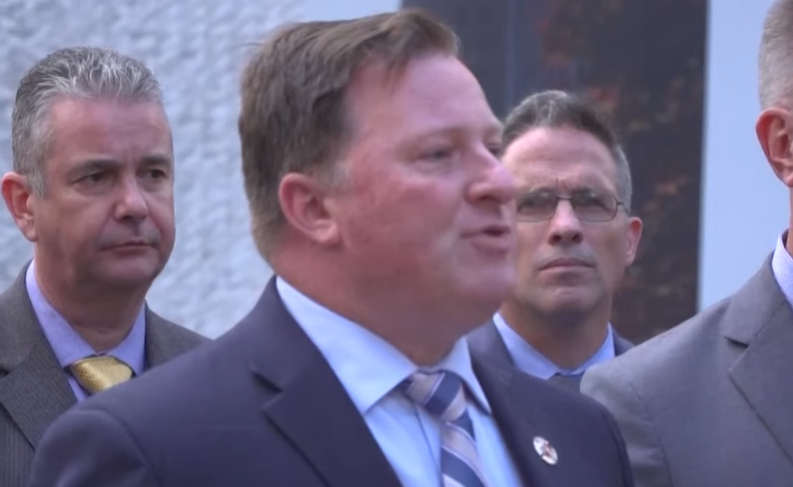 That’s the possibility New York City is bracing for come Monday as a COVID vaccine mandate looms and thousands of municipal workers remain unwilling to get the experimental shots.

Police officers, firefighters, garbage collectors and most other city workers face a 5 p.m. Friday deadline to show proof they’ve gotten at least one dose of the vaccine.

Workers who don’t comply will be put on unpaid leave starting Monday.

Mayor Bill de Blasio held firm on the mandate as firefighters rallied Thursday outside his official residence, sanitation workers appeared to be skipping garbage pick ups in protest and the city’s largest police union went to an appeals court seeking a halt to the vaccine requirement.

De Blasio said Thursday that the city has contingencies to maintain adequate staffing and public safety, including mandatory overtime and extra shifts — tools that he said were typically used “in times of challenging crisis.”

The mayor called the sanitation slowdowns “unacceptable” and said the department will move to 12-hour and Sunday shifts to ensure trash doesn’t pile up.

“My job is to keep people safe — my employees, and 8.8 million people,” de Blasio said at a virtual news briefing. “And until we defeat COVID, people are not safe. If we don’t stop COVID, New Yorkers will die.”

Nearly one-quarter of city employees covered by the impending mandate have yet to receive at least one vaccine dose as of Thursday, including 26% of police personnel, 29% of firefighters and EMS workers and 33% of sanitation workers, according to city data. City jail guards have another month to comply.

The fire department said it was prepared to close up to 20% of its fire companies and have 20% fewer ambulances in service while changing schedules, canceling vacations and turning to outside EMS providers.

“The department must manage the unfortunate fact that a portion of our workforce has refused to comply with a vaccine mandate for all city employees,” Fire Commissioner Daniel Nigro said.

More than 700 officers were vaccinated on Thursday alone, the NYPD said, rushing to meet the deadline for the mandate and an extra incentive: workers who get a shot by Friday will get $500.

“On Monday, when this thing really starts being enforced, we’re going to check the vaccination status and if you’re not vaccinated, no pay and you’re going to be not able to work,” Shea said in a video to officers. “I don’t think anyone wants that to happen. I don’t think you want it to happen. I certainly don’t. We need you out there.”

Fire department officials are holding virtual meetings with staff, imploring them to get vaccinated.

A Staten Island judge on Wednesday refused a police union’s request for a temporary block on the mandate, but she ordered city officials into her courtroom next month to explain why the requirement shouldn’t be reversed. If the mandate is deemed illegal, workers put on leave will be given back pay, the city said.

Mike Salsedo, 44, was among hundreds of firefighters protesting Thursday outside de Blasio’s residence, Gracie Mansion. He said he has natural immunity after having the disease last year and doesn’t need to be vaccinated.