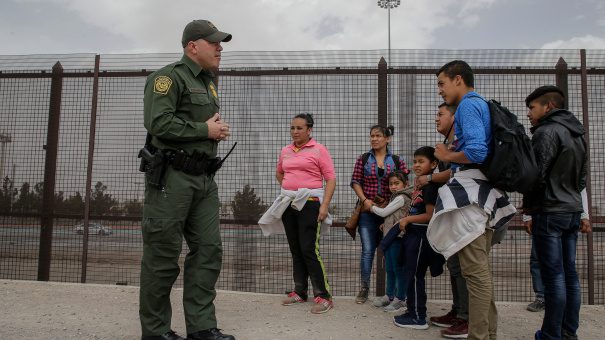 NYP reports – Almost a third of illegal immigrants in the custody of Immigration and Customs Enforcement (ICE) have refused the opportunity to receive a coronavirus vaccine.

Fox News, citing an ICE official, confirmed an Axios report from last week that the vaccine declination rate in all detention centers is 30 percent.

ICE reported 1,376 COVID-19 cases among inmates currently in custody as of Wednesday. The total number of inmates held by ICE stood at 27,067 as of the week ending July 16.

According to the ICE data, 1,095 COVID-19 cases (79.5 percent of the total) were recorded in facilities overseen by field offices in San Antonio, El Paso, Houston, Phoenix, and San Diego. Another 69 cases have been recorded at six hotels that are being used as temporary migrant facilities.

It is unclear how many inmates have been offered a vaccine. However, Axios reported last week that the ICE had distributed more than 95 percent of an initial allotment of 10,000 doses of the single-shot Johnson & Johnson vaccine.

Fox News hack Neil Cavuto attempted to downplay the seriousness of the rise in COVID cases.

BIDEN HAS LET OVER A MILLION PEOPLE FROM 175 COUNTRIES ENTER OUR SOUTHERN BORDER AND HAS RELEASED MOST THROUGHOUT THE UNITED STATES WITH NO VACCINE AND NO COVID TESTS. COVID IS NOW SPIKING AGAIN.

I SPOKE ABOUT THE SPIKE IN COVID AND NEW MASKS MANDATES WITH NEIL CAVUTO. PIC.TWITTER.COM/VLXAMB3PSW

Lawmakers have raised concerns that the ongoing surge of illegal immigrants at the southern border will lead to an increase in coronavirus infections, particularly due to the presence of the highly contagious Delta variant. More than 188,000 illegal immigrants were apprehended at the US-Mexico border in June, the highest total for that month in at least 22 years.