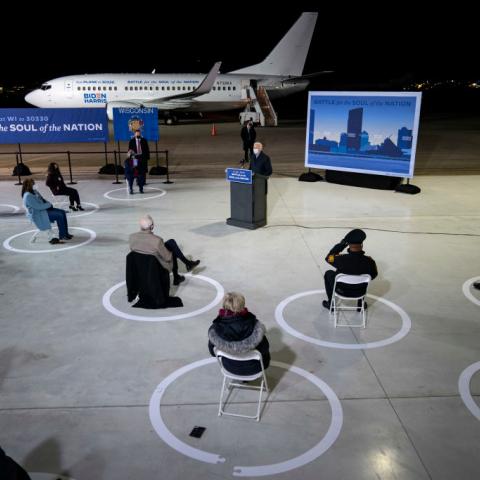 Wisconsin Lawmakers are moving to stop election workers across the state from fixing mistakes on absentee ballots.

The Assembly’s Committee on Campaigns and Elections on Wednesday advanced a plan, Assembly Bill 198, that would clarify that only voters or their witnesses can correct a mistake on an absentee ballot.

“Because [absentee voting] is a privilege, there’s got to be some responsibility that the voter has to exercise that privilege,” said Rep. Donna Rozar (R-Marshfield). “And I think that responsibility is to do it right and legally.”

Republican lawmakers say absentee ballot curing, the technical term for fixing mistakes on ballots, is one of the areas of concern from the November 2020 election.

Election workers cured many more ballots last fall than ever before. The Wisconsin Elections Commission confirmed this in its postelection report.

“The statewide absentee ballot rejection rate was exceptionally low in November — 0.2% statewide compared to 1.8% in April 2020,” the commission wrote in January.

Democrats on the Elections Committee say the change will mean some legally cast ballots won’t be counted.

“I don’t care if absentee voting is a privilege,” said Rep. Lisa Subek (D-Madison). “That doesn’t mean you should have to pass a test, or make sure that you dot every I and cross every T. If someone makes an innocent, honest mistake, it is appalling that we’re not going to then let their ballot count.”

Elections Committee chief Rep. Janel Brandtjen (R-Menomonee Falls) said the tightening of the rules for who can fix mistakes on absentee ballots does not infringe on anyone’s right to vote.

“Election Day is a right, and early voting is still a privilege,” Brandtjen said.

The proposal now heads for a vote in the full Assembly, but also a likely veto from Gov. Tony Evers. The governor has said for months he will not sign any new laws that “make it tougher” for people to vote.